Thirty-five years ago, Michael McCarty opened his eponymous restaurant in Santa Monica and put Southern California cooking on the map. The pioneering farm-to-table restaurant and its New York counterpart, which celebrated its 25th anniversary in November, launched the careers of chefs like Jonathan Waxman, Mark Peel, and Ken Frank and fundamentally influenced the country’s culinary evolution. To fête the combined anniversaries, Michael McCarty and his team prepared a lavish Beard House feast. During the reception hour, guests snacked on tasty treats such as this shiitake flatbread with fontina, vidalia onions, and thyme. Delicate yet packing a feisty umami punch, this canapé went fast—and had Beard House diners yearning for more. 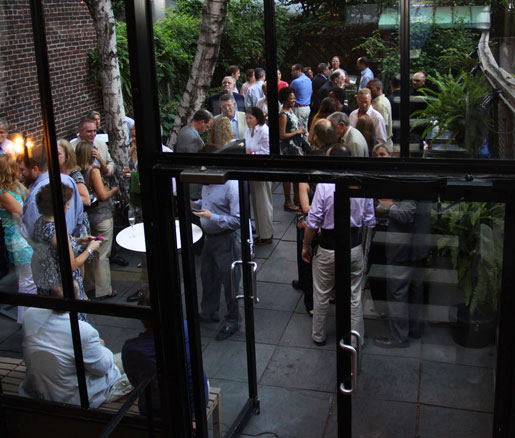