Giveaway: The Panini Grill from Breville UPDATE: Lee M. is the winner of the Breville Panini Grill! Thanks to all who played.

To paraphrase James Beard, sandwichmaking is an American art form. But even the great masters need a trusty assistant to help execute their multi-layered visions. So, in keeping with National Sandwich Month and our current sandwich-centric programming here on Delights & Prejudices, we’re giving one lucky member of the JBF community a Panini Grill from our friends at Breville. For a chance to win one, all you need is a Twitter account.

2. Tweet the bolded text from your Twitter account: It's #sandwichmonth! @beardfoundation is celebrating with a @BrevilleUSA panini grill giveaway! http://jmsbrd.co/1ssdS3B #jbfsandwich (Be sure to include the hashtag!)

This giveaway will end at midnight on Saturday, August 16. We will choose a winner at random next Monday, August 18. Good luck!

No purchase necessary. Purchase will not improve chances of winning. Starting at 12:00 noon EST on August 11, 2014, the James Beard Foundation will invite Twitter accounts that follow the official James Beard Foundation Twitter account (http://twitter.com/beardfoundation) to “tweet” the following message: "It's #sandwichmonth! @beardfoundation is celebrating with a @BrevilleUSA panini grill giveaway! http://jmsbrd.co/1ssdS3B #jbfsandwich. Twitter users may enter by “tweeting” the exact message via Twitter. Tweets submitted at and after 12:00 A.M. on Saturday, August 16, 2014, will not be eligible.

The winners of this sweepstakes will be notified direct message on Twitter. The individuals replying to these communications will be considered the winners. Claiming of prizes requires communication to the James Beard Foundation and must be received from the Twitter account to which the winner-notification message was sent. Failure to respond shall mean that the winner forfeits the prize. The James Beard Foundation will randomly select a new winner if the original winner fails to respond. 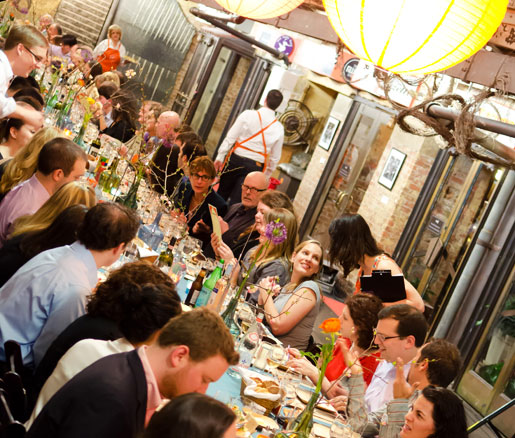