The sixth annual Sunday Supper at Chelsea Market, one of our favorite events of the year, is on for Sunday, March 23 in New York City! Our fantastic chef lineup, which includes a number of JBF Award winners and 2014 semifinalists, will be taking over this historic market's concourse and preparing an epic family-style meal. What's more, we're giving away two tickets! Here's how you can enter to win them:

2. Tweet the bolded text from your Twitter account: I'm tweeting for a chance to go to the @beardfoundation Sunday Supper @ChelseaMarketNY! http://jmsbrd.co/N12lbl #JBFSundaySupper (Make sure to include the hashtag!)

We'll randomly select a winner, who will receive two tickets to Sunday Supper. A runner-up will receive a Sunday Supper gift bag and a copy of the Chelsea Market Cookbook. The entry period ends at midnight on Thursday, March 14. No purchase necessary. Purchase will not improve chances of winning. Starting at 11:00 A.M. EST on March 10, 2014, the James Beard Foundation will invite Twitter accounts that follow the official James Beard Foundation Twitter account (http://twitter.com/beardfoundation) to “tweet” the following message: "I'm tweeting for a chance to go to the @beardfoundation Sunday Supper @ChelseaMarketNY! http://www.jamesbeard.org/chelseamarket #jbfsundaysupper". Twitter users may enter by “tweeting” or “retweeting” the exact message via Twitter. Tweets submitted at and after 12:00 A.M. on Thursday, March 13, 2014, will not be eligible. 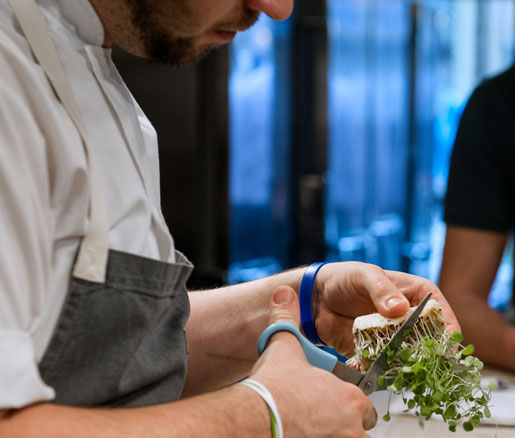