How Ann Marshall is handling growth on her own terms

Below, Lenore T. Adkins speaks to WEL alumna Ann Marshall on her path to owning and expanding Charleston’s first distillery since Prohibition.

High Wire Distilling was running out of space. Since 2013, Ann Marshall, a Women’s Entrepreneurial Leadership program (WEL) alumna and her husband, Scott Blackwell, had operated the company out of a former painting contractor’s warehouse in Charleston, South Carolina. But after earning three James Beard Award nominations, it was clear that their original 6,500 square foot space wouldn’t do. Relocating just four blocks away, the revamped distillery clocks in at 24,000 square feet and features a tasting room, storage for aging whiskey, and production capabilities. All this expansion was exciting, but Marshall and Blackwell are keeping their hands on the reigns, determined to control the growth of their business and not let it manage them.

The recognition from the James Beard Foundation not only elevated the distillery’s brand, but also drew tasting room visitors from across the country. “There’s so much weight behind the Beard Awards, it definitely was a stamp of approval,” Marshall says. “It gives a lot of legitimacy to what we do.”

But that excitement is tempered with caution—Marshall and Blackwell have ridden the highs and lows of two companies together, and view their successes as a “double-edged sword.”

In the wake of COVID-19, the couple was forced to close the distillery on March 16 for several months, which shuttered their lucrative tasting room, just weeks after the move. They teamed up with Palmetto Brewing in April to produce hand sanitizer, using donated beer and close to 50,000 pounds of “a corn we would never touch with a 10-foot pole to make whiskey with,” Marshall says.

They made money selling sanitizer to bars and restaurants, and to Charleston city government, which used it for the municipal bus system. Marshall and Blackwell also donated some to the city fire department, who shared it with the public to refill personal bottles. In the meantime, the couple secured two loans from the Small Business Administration to help keep them afloat, but they still had to lay off seven of their 10 employees.

“We were able to continue to operate in large part because of the hand sanitizer piece and it really, I think, helped psychologically, especially in the first six weeks of COVID,” Marshall says.

They re-opened the distillery at 50 percent capacity soon after the city passed an ordinance in late June requiring people to wear masks in public places. In late July, they finally re-opened their tasting room, but customers are slow to return. Wholesale business has dropped as well. Marshall estimates overall business fell roughly 60 percent, and she’s hoping to end the year at 30 percent.

Facing challenges head on has been a way of life since Blackwell opened Scott’s Immaculate Baking Company in 1998 in Flat Rock, North Carolina. Marshall joined the company bakery four years later as its director of marketing.

The bakery experienced exponential growth for about a decade, delivering cookies to local coffee shops and specialty stores including Williams-Sonoma Inc. and Dean & DeLuca. But once Whole Foods Markets stopped selling foods with artificial trans fats, the upscale grocer looked to the company to fill cookie orders at 100 stores. Marshall remembers baking for 52 straight days to fulfill the massive order.

“It was a big turning point that ironically almost crushed the company,” she said.

To compensate the influx of business, the couple was forced to bring on venture capitalists in 2006 to increase their capacity and hire a national sales team to manage quality control. The company went from about a half-dozen employees to 30, and, to keep up with customer demand, they began to produce natural and organic cookie, scone, and biscuit dough.

“That’s when you lose your touch—you become a sales and marketing company. You don’t go home smelling like cinnamon and chocolate every day,” Marshall says. “It really changes your connection to the company.”

Business was booming, but the team struggled to meet the standards of the venture capitalist firm. The couple eventually sold the company to General Mills in 2012. Devasting as it was, the process helped them realize that they preferred being hands-on, controlling their product, and managing their employees and company culture.

“[We] learned a hard, strong lesson in how to do it better next time,” Marshall says. “I can confidently say we’re not going to take on any venture capitalist money, we’re going to hang onto our business.”

After taking time off to regroup, the couple moved to Charleston with a drive to get back into the industry. After toying with the idea of diving into beer, the couple decided to enter the “wide-open territory” of beverage distilling.

“We felt like there was a lot of opportunity,” Marshall says. “We knew if we were nimble enough and perceptive enough, we could really make a go of craft spirits.”

To prepare for their next move, the couple read everything they could get their hands on about distilling, and took a two-day sensory and business class on the industry at KOVAL Distillery in Chicago. They also hired consultant by the name of Dave Pickerel, a former longtime master distiller at Maker’s Mark who died in 2018. From him, they absorbed the ins and outs of the business, from dealing with its bureaucratic aspects to learning about the steam system and sensory aspects.

“We completely maximized every second we had with him,” Marshall said.

Before the pandemic, High Wire Distilling Company’s two best-selling spirits were Hat Trick Extraordinarily Fine Botanical Gin and the New Southern Revival Jimmy Red Bourbon. Marshall takes particular pride in the bourbon, which is distilled and made with 100 percent corn by the same name. Right now, bourbon is their top seller, which Marshall attributes to people willing to spend more on something different and unique to cope with stress from the pandemic.

“We reached a point in the last three weeks where I looked at my husband...and I said, ‘This is like that moment in Castaway where you stop waving frantically for people to come and help you and you just start surviving,’” Marshall says. 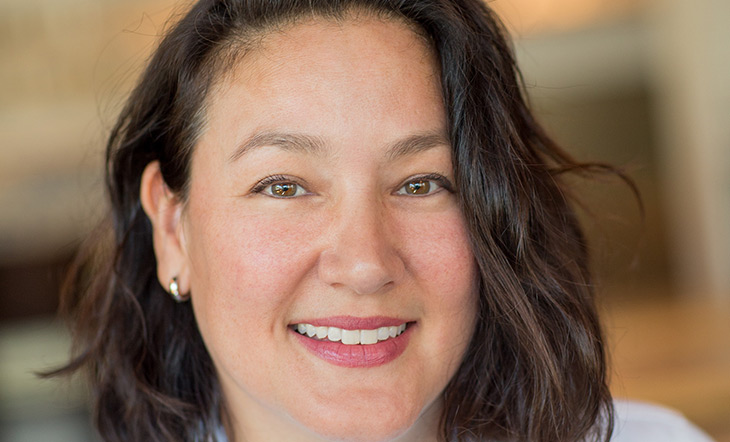 Home is Where the Hearth Is