Ashley Christensen made a name for herself as one of North Carolina’s notable tastemakers when she first opened Raleigh's Poole’s Diner in 2007, and hasn't stopped since. Known for her comfort food classics using locally sourced ingredients, the 2014 JBF Award winner for Best Chef: Southeast has another hit on her hands with her year-old hot spot, Death & Taxes. Nominated for a 2016 JBF Award for Best New Restaurant, Death & Taxes wholly dedicates itself to its enormous two-ton wood-burning grill, serving tempting dishes like ember-killed salad with country ham and poussin with coal-roasted carrots. We caught up with Christensen to find out where her flame-loving tendencies originated, where that quirky name came from, and why collaboration is so important.

JBF: Death & Taxes is known for its emphasis on wood-fired cooking. Where did your interest using this technique start?

Ashley Christensen: It first started on a trip to Uruguay with the Fatback Collective, a group of chefs, pitmasters, and restaurateurs who travel and cook together to broaden our own experiences and serve community causes. We visited the Belcampo property and studied open-fire cooking with a number of cooks and chefs who were trained by Francis Mallmann. It was such an inspiring trip, and it reminded us all about the beauty in this rustic approach.

JBF: The restaurant is oriented around the giant 2,200-pound, 6-foot-tall by 6-foot-wide wood-burning grill. What’s the benefit of cooking this way?

AC: The benefit is that it’s a simple approach in a time where there are so many discoveries in modernist cuisine. It’s amazing to take a moment to step back and explore this simple way of cooking; it reunites us with the core of our ingredients and helps us imagine broader possibilities for them. We do utilize alternate sources of heat, but we find a way for the grill to have a relationship with almost every dish on the menu.

JBF: Can you tell us the story behind your restaurant’s name?

AC: Since it was constructed in the 1920s, the building has been an infirmary, a funeral home, and a bank. While we were in the process of restoring the building and designing the restaurant, I was talking to a pal who has a project down the street and when I mentioned the history of the building, he smiled, shrugged his shoulders, and said, “Huh, death and taxes.” I just looked at him and said, “That’s gotta be the name.” JBF: Death & Taxes and your private event space, Bridge Club, are housed in one historic building in downtown Raleigh, while AC-Restaurants’ commissary kitchen, AUX, is located in a nearby warehouse. How often do all three teams collaborate and work together?

AC: All of our teams are collaborating on a daily basis. AUX is a hub that touches every restaurant within our company. From there, we collaborate to create efficiencies, and the real estate at AUX allows us to access opportunities that an individual restaurant might not be able to, such as purchasing and butchering whole animals, buying in bulk from our local farmers, and storing the products of curing and preservation.

JBF: Death & Taxes sources locally—from milk and dairy, to vegetables, meat, and even ceramics. How does that fit into the restaurant’s ethos? Is there a message or point of view you’re trying to convey through these partnerships?

AC: You don’t have to look far for the greatest gifts. We are fortunate to be located in a place with an incredible dedication to agriculture, and have made it a priority to celebrate what grows near us at all of our restaurants. At Death & Taxes, we were thrilled to continue that mission, and take it a step further, by not only using the vegetables that grow near us, but also the literal clay that they grow in. In a time where people are looking all over the country for great ceramists, North Carolina is known for its clay and pottery. Haand is located just a short drive from us, and they reached out before we opened the restaurant. We met a few times and it was really clear that they understood our dedication to our location—both the building itself, and the community at large. We worked with them to create the pieces for the restaurant using ashes from the wood fire of our first few dinners (in which we hosted guest chefs including Matt Kelly, Tandy Wilson, Kevin Gillespie, and JBF Award winners Sean Brock and Jason Stanhope). Those ashes were used in the glaze that was painted on each plate and dish that we use in the restaurant today. 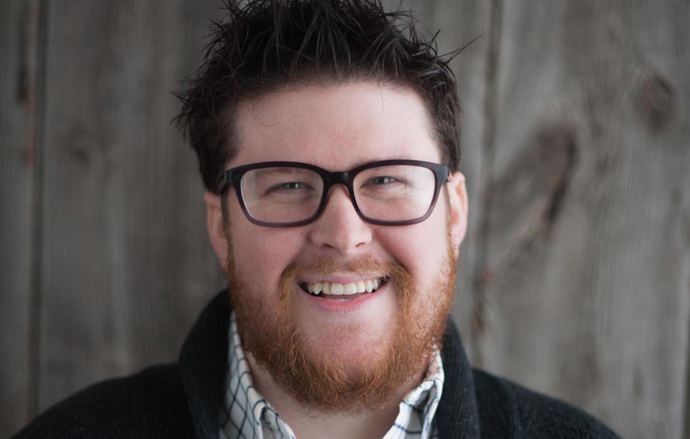