Located just 30 miles north of New York City, Blue Hill at Stone Barns feels worlds away, sourcing its ingredients from the vast surrounding landscape and spinning them into dishes served in an idyllic, rustic-chic setting. Beyond the acclaimed cuisine, this Outstanding Restaurant nominee is also a staunch advocate for better food-system choices. We recently caught up with co-owner and executive chef Dan Barber for a look at what’s happening at the restaurant this season, his team’s experimental pop-up featuring food waste, and how we should rethink farm-to-table fare.

JBF: Can you tell us about a dish or two currently on your menu at Blue Hill at Stone Barns that really speaks to the restaurant’s perspective or philosophy?

Dan Barber: The farm director at Stone Barns Center, Jack Algiere, harvests a crop of parsnips every winter. The parsnips have been in the ground for almost a year, and when they come out, they look like dinosaur bones. We roast them like steaks and carve them for our diners tableside, then serve them with a just a hint of braised beef shank and a Bordelaise sauce made with the bones. It’s the iconic steak dinner, inverted.

JBF: You have a special connection to the ingredients served on your “Grazing, Rooting, Pecking” tasting menu, most of which is cultivated onsite at Stone Barns. After an especially grueling winter, is there a springtime ingredient that you’re especially excited about right now, and can you tell us how you plan to incorporate it into your menu?

DB: Fresh milk from Blue Hill Farm, my family’s farm in the Berkshires. The cows are 100-percent grass-fed, and in the springtime they’re out in the pasture grazing on a bunch of different spring grasses, wild garlic, and onion, all of which show up subtly in the flavor of the milk. We make fresh butter and ricotta and serve them with brioche made using the leftover whey.

JBF: Does the restaurant intersect with the Stone Barns Center for Food and Agriculture, a working four-season farm and educational center, in any capacity other than sourcing ingredients grown in its surrounding fields and pastures?

DB: During the last seven years, we've been collaborating with land grant university plant breeders around the country on new vegetable and grain varieties. Together we can actually select for the different varieties that are the most successful on the farm and in the kitchen. JBF:  You’re a New York Times–published author, and your recent book, The Third Plate, focuses on the future of American food. If you could impart one thing you learned while researching this book to other chefs, what would it be?

DB: We all know that the real recipe for flavor begins long before the kitchen. But as chefs, cooks, and eaters, we all need to do more to engage with that process. What can we do on the culinary end to create a culture around the right kind of farming? Can we encourage even more reciprocity between chef, eater, and farmer, where we can influence one another’s decisions in the field and the kitchen to maximize ecology, economy, and flavor? That’s a much more evolved way to look at the farm-to-table equation.

JBF: For a brief period this March, you turned your New York City restaurant into a pop-up called wasteED, serving dishes made from ingredients like “ugly” vegetables, kale ribs, skate cartilage, and waste-fed pigs. This is an unprecedented move for a Michelin-starred restaurant. Can you tell us how this came about?

DB: The idea took root during my research for The Third Plate. I realized that some of the greatest peasant dishes, and even cuisines, are based on utilizing what is not immediately coveted. Dishes like pot-au-feu, for example, are all about using culinary technique to elevate “lowly” ingredients. And that’s the tradition I wanted to celebrate with wastED; it’s the root of all good cooking. The pop-up itself may have been a crazy experiment—but philosophically, it wasn’t as radical a shift as people may have thought.

JBF: Among your many accolades are Beard Awards for Best Chef: New York City in 2006 and Outstanding Chef in 2009, and now Blue Hill at Stone Barns is up for Outstanding Restaurant this year. Can you tell us anything about your evolution as a chef and restaurateur during this time? Are there any life lessons you’ve learned?

DB: The biggest life lessons have probably come from my two-year-old daughter. But I’d like to think that my cooking has evolved a bit, too. The challenge and excitement of working as a chef, especially in New York City, is that you can’t ever get complacent. 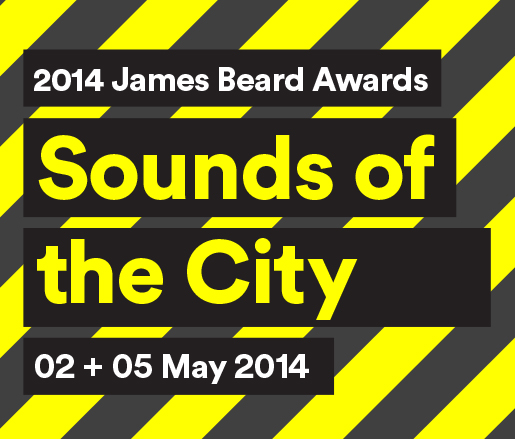