One of Atlanta’s hottest seats to snag is at Staplehouse, a neighborhood restaurant known for its warm hospitality, locally sourced ingredients, and thoughtful menus. In addition to their expertly crafted fare, another standout feature of the 2016 Best New Restaurant nominee is the fact that it contributes 100 percent of its post-tax profits to the Giving Kitchen, a nonprofit that provides emergency assistance grants to metro Atlanta restaurant workers facing unanticipated hardship. We spoke with business manager Jen Hidinger and head chef Ryan Smith about Staplehouse’s history, their favorite places to eat out, and why their goal is to make memorable food.

JBF: The building that houses Staplehouse is a former general store turned residential loft, and now, a restaurant. How does that history contribute to today’s dining experience?

Jen Hidinger: The property has been occupied by a series of short-term tenants. Based off a 1975 census, the building was supposedly a hotel for 30 years. It was a grocer back in 1910. From 1950 to 1965, it was the Edgewood Builders Supply Co., and in 1975, it was Esquire Motors. Staplehouse is story-driven, so having this type of history under our fingertips provides a platform for authenticity and deep connections to real life. It’s about blending the old with the new, and honoring everything that came before us.

Ryan has been really into building out our pantry—he’s been experimenting with preserving and fermenting ingredients—which embodies the idea of taking something from its humble beginnings and blending it with something new. It takes the original to a unique place where it can enhance someone’s experience. JBF: What are some of your favorite places to dine out in Atlanta when you’re not working? And what do you like to order?

JH: Personally, I love BoccaLupo. Going to a restaurant and being able to trust what’s going to come out of the kitchen is key to enjoying an evening out for me (especially when our time with family and friends is so limited!). The dishes at BoccaLupo are inventive and practically perfect every time I eat there. They have the best pasta around. And I know Ryan and Staplehouse’s general manager Kara Hidinger (who happens to be Ryan’s wife!) love JBF Award winner Sean Brock’s Minero!

Ryan Smith: Kimball House. It’s about feeling like family! The ambiance and atmosphere there is so welcoming. Their food changes regularly so there’s always something new to try. Plus, their bar program is one of the best in the country.

JBF: In previous interviews, Ryan, you said your goal was to make “memorable” food. How does that translate to what you do in the kitchen? What’s your most memorable food experience?

RS: My most memorable food experience was at McCrady’s in Charleston when Sean Brock cooked Kara and me our engagement dinner. In terms of what I do in the kitchen, it’s more about curating an experience for someone that we hope ends up being memorable. That’s why we created our tasting menus. JBF: Ryan, you worked at JBF Award winner Hugh Acheson’s Empire State South. What was the greatest lesson you took from your time there? How is that reflected in the menu at Staplehouse?

RS: A lot of what I learned from Hugh was about leadership. Hugh was a great teacher and provided an environment where the people that worked for him felt empowered. That kind of culture put us in a position to ultimately become great mentors ourselves. 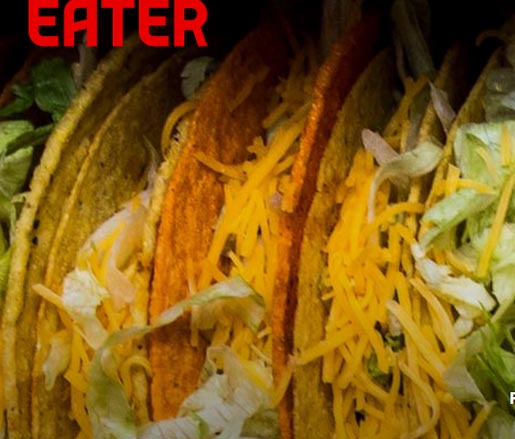