He may be known around the world as Mr. Chocolate, but JBF Award–winning pastry chef Jacques Torres grew up on ice cream. After selling ice cream sandwiches in his acclaimed stores for years, Torres opened his first shop dedicated to the frozen treat in 2009, and recently transformed a stand in Grand Central Station into the latest iteration of Jacques Torres Ice Cream. JBF assistant editor Maggie Borden sat down with the master chocolatier to get the full scoop.

Maggie Borden: You’re known as Mr. Chocolate, but clearly you have a sweet spot for ice cream. What made you want to open an ice cream shop in the first place?

Jacques Torres: I carry ice cream sandwiches in all of my chocolate stores. It’s actually very common for chocolate makers to sell ice cream, because chocolate sales stop in the summer, and you have to sustain your business. When I moved my office out of the space next to our DUMBO factory, I saw an opportunity. I had all those freezers, I had the equipment, and I knew how to make ice cream, so I figured, let’s open an ice cream store. I made all the furniture myself—my dad was a carpenter, I love to make furniture—and we’re open only for the summer, but it’s working well.

MB: What’s your earliest memory of ice cream? Did you eat it a lot growing up?

JT: That’s a funny question because I actually have more memories of eating ice cream than chocolate. Chocolate was eaten only around Christmas and Easter in my family. We’re from the south of France; it’s hot there during the summer and we don’t use much air conditioning, so you can’t really keep chocolate around, except during the winter. During those hot summer evenings my parents loved to go to the nearby port, where we had all of these ice cream vendors. My dad always liked to eat rum raisin, and there was one specific gentleman we called “Rum-Rum” because every time my dad ordered it that gentleman put a little extra rum in for him. I’m certainly going to make the rum raisin this summer for my shops.

MB: I’ve read that you use a custard base for some, but not all, of your flavors. Why is that?

JT: The thing about ice cream is that very few people make it from scratch. Most people buy a mix from the dairy company and put that in their machine with whatever they want to flavor the ice cream—fruit, alcohol, coffee, etc. All you need to have is one of those ice cream spinners. You spin your ice cream, and you can say “homemade.” My ice cream is also called “homemade,” but we make our own ice cream from scratch—every flavor is a different recipe.

Making ice cream is actually a very technological process. We work with a computer program that calculates three things going into the ice cream: the dry extract, the fat, and the water. You need to have a perfect balance between the three. So every time we do a new ice cream, we run the recipe through the computer. You put egg yolks in for two reasons: one, for the lecithin, which binds the molecules of fat and water and acts as an emulsifier. And two, for the fat. Using yolks also affects the shelf life and gives the ice cream an eggy flavor, so if we don’t want to use them, we replace the yolks with pure lecithin and take the fat from the cream. So not all ice creams contain eggs and have that custard base. For the sorbet we use something called a refractometer. It’s the same machine that winemakers use. You put a little bit of fruit juice into it, close it, and then use light to tell you how much sugaryou have in that fruit. For example, a strawberry in August will have more sugar than one from June, because it has had more time in the sun. Chefs in the past used to have to take a spoon and taste for sweetness. Today, we can calculate exactly how much sugar to use. Sugar is an antifreezing agent—you put in a little bit too much sugar, the ice cream is not going to become hard. So you have to really calculate everything. The secret of a good ice cream is very simple: a well-balanced mix from good ingredients. A bad strawberry is going to make bad strawberry ice cream. Bad chocolate makes bad chocolate ice cream. It’s that simple. Use good ingredients, calculate your mix, and you’re going to have a good ice cream.

MB: You’ve given us unusual flavors like cucumber–mint sorbet and port wine ice cream. What’s the strangest ice cream you’ve come up with, and did you end up selling it?

JT: Let me tell you about one that I didn’t sell. Taste is a big part of memory, but I think scent is even more powerful. I remember being in the mountains with my school on a ski trip, and the director of the school smoked a pipe. The smoke of that pipe, for some reason, was very attractive to me. And I hate tobacco; I’m not a smoker. A few years ago, I went to a tobacco place, and I described the smell to the tobacconist—it was sweet, it was woody, and so forth. He listened to me, opened a drawer, put the contents in a little container, made me smell it, and I was like, “Oh my God, I think this is it.” So I bought it, infused it into the milk, and the smell was good, so I made my ice cream, balanced it, put it in the machine…and my God, it was inedible. Inedible! I trashed it, and I never touched it again.

But then you have flavors that, amazingly, work very well. For example, a tomato–basil ice cream, made with red, ripe tomatoes, drizzled with a little bit of real aged balsamic, is so good. A little bit unusual, but it works very well. I won’t make unusual flavors just to have them. I’m not going to make Parmigiano ice cream, you know? That doesn’t work for me. If it doesn’t taste good to me, I won’t do it.

MB: There’s kulfi in India, mochi in Japan, gelato in Italy—it seems like ice cream has a place in nearly every culture across the globe. Why do you think it’s such a far-flung treat?

JT: I think that we crave it. When it’s hot outside, you want ice cream! You know, chocolate to me has always been the universal product par excellence. Everybody loves chocolate: whatever age, gender, culture, it doesn’t matter. But you know what? Ice cream is almost the same. It’s one of those universal things that people love, even when it’s cold. People still eat ice cream in the winter.

July is National Ice Cream Month! Get the pint-by-pint on all our content here. 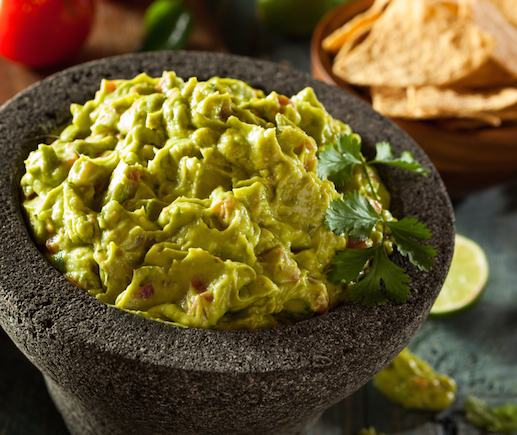