On the Menu: Week of October 14 Here's what's on the JBF calendar next week:

After years of working with JBF Award winner Emeril Lagasse, Felicia Suzanne Willett struck out on her own and opened her eponymous restaurant, which is now a destination for classic Southern cuisine in historic downtown Memphis. Join us for a menu from below the Mason–Dixon Line, along with wines selected by master vintner Jim Clendenen.

In his book, Chefs Can Save the World, seasoned chef Jeremy Barlow challenges us all to pay more attention to what we eat, where it come from, and how it affects the world around us. A guide for mindful chefs and eaters alike, Barlow uses his experience and research to outline simple changes that could be the key to renewing our broken food system.

La Zingara is the type of romantic neighborhood restaurant that draws food lovers—and celebrity couples—from well outside its charming New England neighborhood. For this Beard House dinner married owners Lisa Tassone and Thomas Giudice, who met on the job, will showcase their irresistible regional Italian food, much of it sourced from their 126-acre organic farm.

Named for the Côte d’Azur villa where the Rolling Stones once recorded an album, Chicago’s Nellcôte is a haven for the bohemian chic. Taking inspiration from Spain, Italy, and France, Jared Van Camp and sommelier Jason Wagner team up to deliver a tantalizing menu worthy of rock legends and discerning diners alike.

Known for its flawless French cuisine and expert culinary team, Technique at Le Cordon Bleu is one of the most sought-after dining destinations in the Midwest. Join host chefs Kenneth Goff and Jason Ross for an elaborate tasting menu at this special Friends of James Beard Benefit dinner.

While the Althenaeum Hotel at the world-renowned Chautauqua Institution has been serving guests for well over a century, the dishes originating from its kitchen are anything but old-fashioned. That’s because the chef is a CIA grad who honed his craft at El Bulli, Alinea, and Ubuntu. Catch this rising star as he makes his Beard House debut. 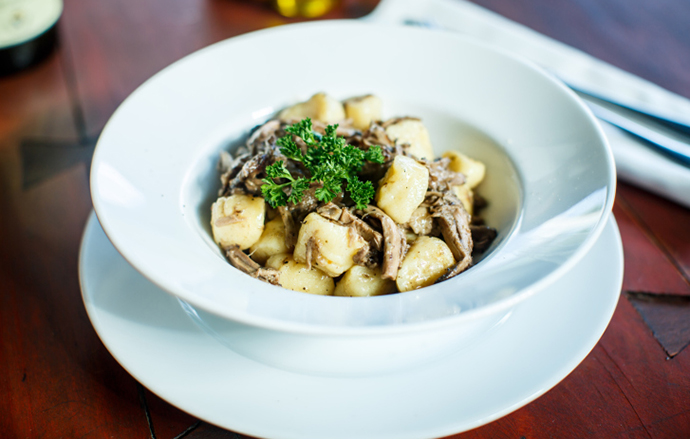