COVID-19 changed The Migrant Kitchen's how, but not their why

Our industry is in crisis. The COVID-19 pandemic has already permanently shuttered 17 percent of restaurants nationwide, forced millions into unemployment, and left chefs, owners, and workers struggling to imagine what the future looks like in the near- and long-term. As states move from re-opening to returning to restrictions on dining and the industry continues to try to adapt, we're sharing stories from the front lines of businesses reacting to this new landscape. Below, Leah Koenig unpacks the evolution of New York City's The Migrant Kitchen from newly opened corporate caterer to feeding operation and restaurant pop-up, and how its co-founders managed to hold on to their dreams of a more equitable and sustainable industry, no matter the circumstances.

Nasser Jaber never planned to launch a restaurant in the middle of a pandemic. He also never planned to become a professional culinary humanitarian, providing meals to millions in need. But The Migrant Kitchen, which he co-founded with chef Daniel Dorado in October 2019, changed all of his expectations.

Today, The Migrant Kitchen is located in Manhattan’s Financial District, where it’s open for delivery and pickup. The vibrantly flavorful, Middle Eastern–Latin menu is inspired, in part, by Jaber’s and Dorado’s heritages (Palestinian and Mexican-American, respectively). The smoked street corn is served two ways—slathered with chile butter, cotija cheese, and citrus aïoli, or with labneh and pickled onions. Fried chicken is set over falafel batter crisped in a waffle iron (the cheekily named “fawaffle”) and served with sumac butter. And a riff on nachos covers fried plantain chips with melted mozzarella, pickled jalapeños, savory beef or lamb, and tahini.

Just one year ago, Jaber and Dorado’s menu—and business plan—looked significantly different. The two met at Ilili, the nouveau Lebanese restaurant where Dorado was chef de cuisine and Jaber worked front of house. The pair’s original idea was to run a mission-driven catering business. They wanted to feed corporate clients and cater events while creating meaningful, fair-wage employment for immigrants, and highlighting the diverse cultures and cuisines of their staff’s home countries.

At first, they did exactly that—partnering with companies like WeWork and Fooda to deliver lunches to Manhattan’s office workers. But when the pandemic hit, reality shifted overnight. “My first thought was, ‘We’re screwed,’” Jaber said. “The day the city shut down, we had 1,000 meals in the fridge and nowhere to send them.”

But instead of folding, they immediately pivoted towards disaster relief. By March 22 (just a week after New York City initially closed restaurants and bars), they began delivering food to hospitals and health care workers around the city. Over the course of the next several months, with backing from a GoFundMe campaign, a partnership with World Central Kitchen, and a multimillion-dollar government contract, they delivered a staggering 2.5 million restaurant-quality meals to frontline health care workers, as well as seniors, domestic-abuse shelter residents, and other people and families impacted by COVID-19.

Jaber and Dorado kept their commitment to supporting a diverse, largely immigrant staff, paying $20-25 an hour and turning to staff for recipe ideas. “We shined a light on everyone in the kitchen,” said Lisselly Brito, a Dominican-American chef who joined Jaber when the pandemic initially hit—first as a volunteer and then as executive chef. “We did everything from Mexican, Dominican, and Colombian, to Middle Eastern and Romanian. It kept spirits up and was something to look forward to,” she said.

The dishes they delivered (things like bulgur with tomatoes, caramelized onion and lentil mujadara, Cuban-style mojo chicken with chimichurri and beans, and chicken musakhan) inspired as well as nourished. To that end, Jaber often printed quotations or lines of poetry on the meals’ labels as encouragement for the doctors.

As the summer unfolded, The Migrant Kitchen continued to evolve. In early May Jaber’s father passed away in Ramallah, and they began to distribute food to cancer hospitals in Jerusalem in his memory. In August, when an explosion leveled large swaths of Beirut, Jaber flew to Lebanon’s capital city to coordinate meal deliveries. And when the November election rolled around, The Migrant Kitchen created a network to bring meals to the polls in more than 18 cities across the country. “We have effectively built a delivery food company from the ground up,” Jaber said.

Meanwhile, in September the team also launched The Migrant Kitchen pop-up in a vacant restaurant space in Williamsburg. It was there that the menu of Arab–Latin dishes began to take shape. The pop-up helped bring visibility to the company and raise money for their philanthropic work. Through their “Buy a Meal Give a Meal” campaign, every $12 spent by customers translated to a meal donated to a New Yorker in need. After three successful months in Brooklyn, the team relocated to the Financial District where they run a ghost kitchen in the basement of The Dubliner NYC.

For Jaber, The Migrant Kitchen’s work is deeply personal. He first began working in New York City restaurants for the same reason many do: to survive. He came from Palestine at age 17 to study engineering. Two weeks later, 9/11 happened and he ended up having to drop out of the program and pick up work as a waiter to support himself. “I made $250 a week. It was really tough,” he said. “I learned about food insecurity and poverty, because I went through it.” He also discovered the challenges that come with being a new immigrant in a country where opportunity is not afforded equally.

The Migrant Kitchen is currently building out a permanent, 8,000-square-foot kitchen in Long Island City to house its expanding operations. In addition to paying a living wage, Jaber envisions amenities like on-site childcare and a hydroponic farm to make working at The Migrant Kitchen sustainable and appealing. “Why should the rich at Google be the only ones to get these perks?” Jaber said.

The new kitchen is targeted to open in June of 2021. But even now, Brito said, working at The Migrant Kitchen is a vastly different experience to most restaurants. “In the hospitality industry, there’s usually a lot of burnout,” she said. “But in our kitchen, we treat each other like human beings. You don’t have to worry about not getting paid if you have a doctor’s appointment or if you need to stay home.”

The road ahead for dining in New York City—and across the country—is uncertain and destined to be tough. But Jaber finds clarity in the words of Palestine’s national poet, Mahmoud Darwish, which he had tattooed on his arm as a constant reminder: “Stand on the edge of the dream and fight.”

Leah Koenig is a food writer, author of several cookbooks, including her latest, The Jewish Cookbook (Phaidon), and cooking instructor living in Brooklyn, NY. Follow her on Instagram at @leah.koenig. 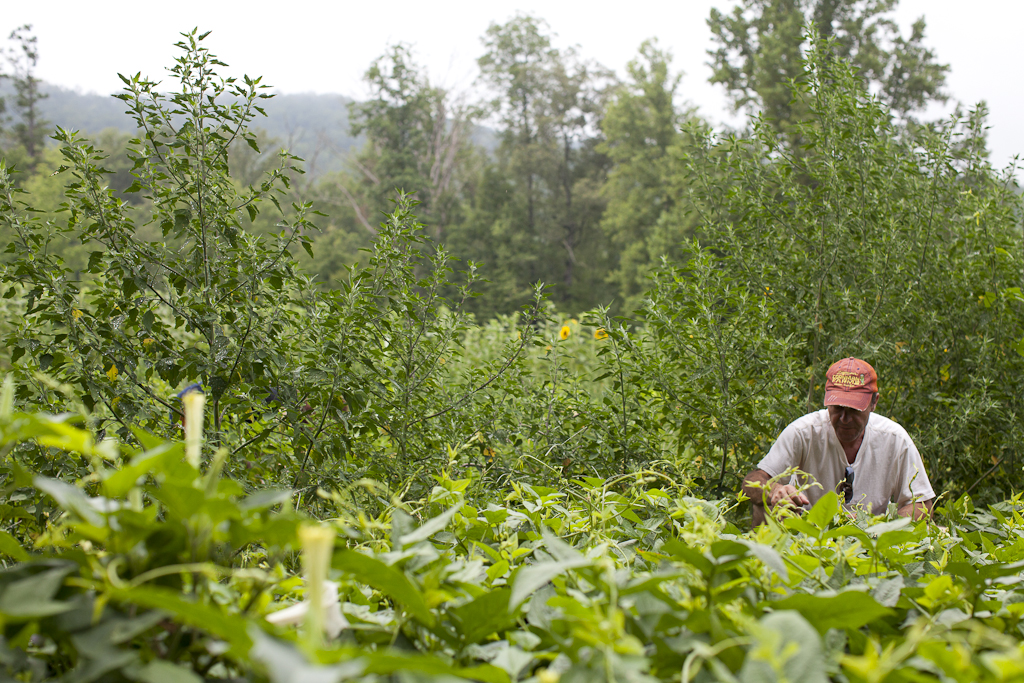 COVID-19 and the Weaknesses of the Food Supply Chain