When former punk rocker Brooks Headley took over the pastry department at New York City’s four-star Del Posto, it didn’t take long for his playful spirit to seep through the menu. We caught up with the Outstanding Pastry Chef award nominee to learn about his “buzzed Italian grandma” cookbook, the Del Posto dessert that was inspired by a Looney Tunes episode, and the childhood food memory that still haunts him.

JBF: You were a drummer for many years before you were a chef. Do you like to listen to music while you’re in the kitchen?

BH: I still occasionally play drums in a crummy punk band, and I tap incessantly on mixing bowls and tabletops. But I actually don’t like music in the kitchen at all. Music is a huge part of my life, but in the kitchen I just find it distracting. I enjoy the natural hums and whirs in a restaurant kitchen. The ticket printer with its dot-matrix cadence, the white noise of the exhaust hoods, the chef calling out pasta orders, the tiniest little aluminum pan falling on the floor that creates such a monstrous cacophony, the shouts of “behind you” and “caliente—that’s my kitchen music and I love it.

JBF: What is your favorite item on the current Del Posto?

BH: April is such a bummer of a month for fruit. The citrus is getting mealy, the squash is stringy, the rhubarb is coming from a hothouse, and if I never see another apple ever again, that’s totally cool with me. So we have to get creative and wait until the cherries, apricots, and strawberries emerge. We currently have an Italian-style carrot cake that I’m pretty stoked about. It’s made with polenta and toasted in the broiler to order. We serve it with salty cured lemon, candied-and-roasted carrots (inspired by the Looney Tunes episode where Bugs Bunny buys carrots out of a vending machine—I’m serious!), and parsley gelato. It sounds wacky, but it’s bright and spring-like and we’ve been selling a lot of them, which warms my heart and soothes my New York City angst.

JBF: Vegetables play a starring role in many of your creations, like the Melanzane e Cioccolato Napoletana. Can you tell us about why you choose those ingredients for dessert?

BH: I just love cooking with vegetables in a dessert context. It’s never to be showy or avant-garde. I just like to highlight the veg and make them delicious and fun. The chocolate and eggplant dessert is a very traditional dish from the Amalfi Coast, but we just tweaked it to have it make sense in New York City. Eggplants are little sponges—I love 'em. We cook the eggplant in a George Foreman grill in the basement of Del Posto, which is pretty hilarious.

JBF: We’ve been charmed by the dessert boxes, which are actually wooden cheese graters, that arrive at the end of a meal at Del Posto. Can you tell us more about those?

BH: “The Box” is our Italian version of a cookie plate or mignardises plate. We like using the cheese grater because it’s repurposed and has a cool drawer that adds an element of surprise. We intentionally avoid the French macaron/molded chocolate/pâté de fruits–style cookie plate. There are hot elements, frozen elements, made-at-the-moment elements—all slightly not normal, but still tasty and flecked with salt and acid. We avoid molds and perfectly cut things at all times. My theory is that if you can cut it, why not tear it by hand instead? We’ve tweaked the items over the years and made a stop-motion video documenting it earlier this year. The Box is a really fun way to have our diners leave the restaurant on a positive note. We are in the hospitality business and our ultimate goal is to have our guests leave our home completely psyched and amped.

JBF: We hear that you recently signed a book deal. Can you tell us a bit about your forthcoming book?

BH: I am working on a book that will be published by W.W. Norton & Company next year. I’m honored that a publisher would even consider putting out a cookbook from me, so I ain’t gonna mess this up! I consider my cooking style to be “buzzed Italian grandma”, so I plan to put that into the words and images. It’s also going to have rock-solid, doable recipes—it will not be a coffee table book. I have enlisted a lot of art/music/literary/food pals to contribute essays, recipes, stories, and interviews. I am very excited about it and it’s going to be a lot of fun.

JBF: What is your current favorite place to dine out in New York City? And what is your favorite dish there?

BH: I love Saltie in Williamsburg. It’s so smart and delicious and it just plain rules. There’s a sandwich there called the Clean Slate that’s this rad macrobiotic thing with quinoa, yogurt, pickled vegetables, and hummus on freshly baked naan. Man, is it good. During the week after the power came back on after Hurricane Sandy, Del Posto was a little slow, so I brought the Saltie cookbook in and we cooked our way through it during the downtime.

JBF: What is your earliest food memory?

BH: The look on my mother’s face when I, as an astute six-year-old, told her that the jarred spaghetti sauce I had at a friend’s house was infinitely better than her homemade, corn syrup–free, loaded-with-fresh-basil tomato sauce. Ah, that look. It still kills me. Sorry, Ma. 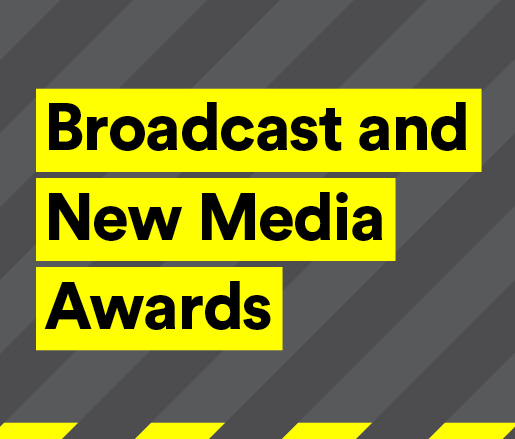