The team from Chicago's Beard Award–nominated Parachute shows us how perfectly browned cauliflower is a blank canvas for flavor, which in this case comes from crisp spiced chicken skin and a bright herbaceous and tangy raita spiked with cilantro. We know, chicken skin in a recipe with no chicken? Yes, because you can always use chicken a million other ways. Call your butcher and ask for the skin, because they most often have extra. Maybe even ask for enough to make a double batch—because after you've rubbed it with tandoori masala and baked it until deep brown and crunchy, you might want to make more to throw on salads, sandwiches and even pasta. Watch the video below to learn how to make this tantalizing cauliflower dish from Beverly Kim and Johnny Clark​. 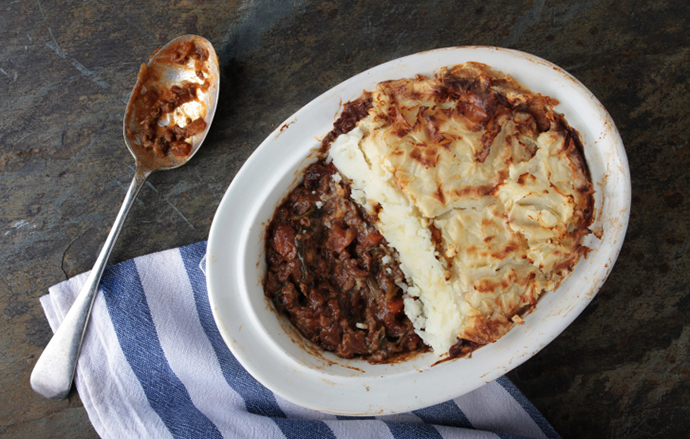