Reflections on a Delicious Legacy: JBF Celebrates 25 years of Shining a Spotlight on Chefs This article is excerpted and adapted from the introduction to The James Beard Foundation’s Best of the Best: A 25th Anniversary Celebration of America’s Outstanding Chefs, which is being published this spring. Preorder your copy today from our Amazon store.

Looking back on the past 25 years, it’s hard to believe how much American food and food culture has evolved. When the James Beard Foundation was founded in November 1986 by Peter Kump, Julia Child, and other friends and colleagues of James Beard, no one could have imagined that there would one day be two 24-hour television networks devoted to food programming. It would have been impossible to forsee hundreds of thousands of food blogs and millions of people exchanging real-time information about restaurants and recipes. Who could have envisioned a world where Gourmet magazine was electronic and people used their mobile phones to decide what to make for dinner?

At the center of all of this excitement and enthusiasm for food, at the center of our nascent American cuisine, has been the chef. The original mission of the Beard Foundation was to shine a spotlight on the men and women who prepared the food we loved in celebrated restaurants, both new and old. The first chef to cook a dinner at the James Beard House was a young, dynamic Austrian from California named Wolfgang Puck, whose wildly popular restaurant, Spago, served inventive pizzas and other creative dishes. After Puck’s dinner in January 1987, Peter Kump sent a thank-you letter noting that the success of his event had given the Foundation the idea of hosting similar guest-chef benefit dinners monthly.

In addition to providing a performance space for chefs from around the country and helping to raise money for the Foundation, Kump explained, these monthly dinners would be the start of a “tradition for showcasing new chefs who have not yet received recognition.”

The Important Role of Chefs
As you make your way around the world’s great food cultures, you find that the chef doesn’t always take center stage. Even in France, where chefs are a prized part of the nation’s cultural patrimony, a rich regional food culture informs the palates of the populace before they sit down at the country’s great tables. By contrast, in America, where our food culture has come to us from the top down—via experts such as James Beard and the chefs he inspired—and where the notion of celebrity is a by-product of Hollywood, it was only a matter of time before the handsome men and women in starched white jackets and checked pants began to get their due.

By the end of 1990, the Beard Foundation’s program calendar had expanded from one dinner per month to 15. In an article about a Beard Foundation event orchestrated by Oklahoma chef and Beard friend John Bennett, the New York Times called the Beard House “a shrine…where the nation’s top culinary talent [are] showcased.” Still, the Foundation’s directors were looking for other ways to turn up their spotlight on American chefs. The James Beard Foundation Awards were born.

Over the years, the James Beard Awards program has expanded into new areas, with Food Journalism, Broadcast and Electronic Media, and Restaurant Design and Graphics all now part of the celebration. In addition to new awards programs, new awards categories have also been added over the years to reflect the changing landscape of restaurants, food, and chefs.

A Uniquely American Cuisine
“After 65 years I have come to the conclusion that perhaps American cookery is one of the most fascinating culinary subjects of all,” wrote James Beard in the introduction to his chef d’oeuvre American Cookery. Much of his fascination came from the intermingling of different cultures, a hallmark of American society, of the American kitchen, and of American cuisine. Although Beard certainly loved French cuisine and possessed a vast knowledge of Chinese food, he was ever intrigued by the literal melting pot that characterized our food. “I’m always asked what the dominating factor in American cuisine is,” Beard wrote in an article about the American attitude toward food that was published in 1983. “And my reply is that it’s the many ethnic groups, each of which brought its own ideas of food to this country.”

This openness to and enthusiasm for crossing boundaries makes American cuisine unique and exciting. Chefs from Europe and Asia come to our kitchens to learn how to integrate various traditions into a cohesive style of cooking. Certainly any chef is well served by studying Italian food in Italy and Japanese food in Japan. But to study how to blend the two into a cuisine that moves beyond the traditions of either one? For that sort of education one must to come to America.

The world of cuisine is ever grateful to those who had the vision to make the James Beard Foundation a reality and to those who will carry on James Beard’s legacy of a bona fide American cuisine into the future. Today our mission reads, “To celebrate, nurture, and preserve America’s diverse culinary heritage and future.” By supporting the men and women who make great food and who inspire us to cook, we are all helping to fulfill that mission. 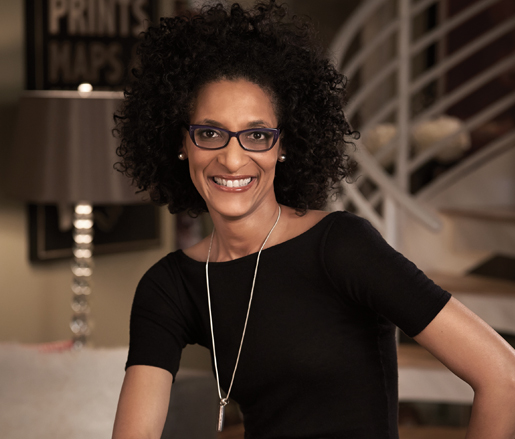