How the Industry is Fighting Against AAPI Hate

These food and beverage professionals are supporting their communities

In the past year, thousands of incidents of racist, abusive, and increasingly violent behavior against Asian Americans have been reported across all 50 states. Asian Americans are the target of an alarming and growing number of hate crimes around the country, as seen most recently in the horrific murders in Atlanta on March 16. At the James Beard Foundation, we stand in solidarity with the AAPI community against this racist hate speech and violence.

As a response to the uptick in violence, chefs, hospitality leaders, and other industry professionals are engaging their communities to raise awareness and to fight against AAPI hate. Read on to learn more about these organizations and how to get involved.

Want to add your business or organization to the list? Email us at media@jamesbeard.org.

Cafe Maddy Cab, New York
Started by chef Madeline Park, Cafe Maddy Cab provides free cab rides to the most vulnerable in the Asian community, including women, the elderly, and members of the LGBTQ+ community. To date, the initiative has raised $139,000.

Chefs Stopping AAPI Hate, Detroit, New York, San Francisco, and Washington, D.C.
Founded by Washington, D.C. chefs Kevin Tien and Tim Ma, Chefs Stopping AAPI Hate brings together over 60 AAPI and ally chefs for a series of five-course takeout dinners. Throughout the month of May, the series will pop up in Detroit, New York, San Francisco, and Washington, D.C. Tickets are $150 for dinner for two; proceeds from ticket sales will be donated directly to a local AAPI nonprofit. Click here to reserve your tickets.

Dough Something
In response to the March 16 attacks in Atlanta, Chicago-based chef Beverly Kim collaborated with Asian Americans Advancing Justice (AAAJ)—an affiliation that advocates for the civil and human rights of Asian Americans and other underserved communities—to launch the Dough Something initiative. Participating restaurants across the country are pledging a portion of restaurant sales to cause that benefits AAAJ.

Minnesota Rice, Minneapolis and St. Paul, Minnesota Minnesota-based Asian-American chefs and bartenders are collaborating to raise awareness and support against racism towards their communities. For $100, ticket holders can access seven instructional cooking videos accompanied by recipes from Asian chefs and bartenders local to the Twin Cities area. Ticket proceeds benefit The Coalition of Asian American Leaders, a social justice network geared towards improving the lives of the community by connecting, learning, and acting together.

Pop Off LA, Los Angeles
From May 16 to May 23, chefs across Los Angeles are collaborating to create limited-edition dishes to support the AAPI community. A portion of proceeds will be given to Off Their Plate, a nonprofit that empowers local kitchens run by women and people of color to feed their communities through employment and nutrition.

Your Stomach Loves Us, San Francisco and New York
In response to videos of Asian Americans getting attacked, chef Greg Taniguchi is raising money for Your Stomach Loves Us to help feed communities affected by incidents of hate. Taniguchi plans to provide food at no cost by delivering bento boxes and hosting pop-ups in areas that have experienced recent hate crimes, including San Francisco and New York, with hopes to expand to Colorado and Los Angeles.

Email us at media@jamesbeard.org to have your name or organization added to this list.

Celebrate AAPI Heritage Month with us at our upcoming webinar, ““Did You Eat?”: Unspoken Ways Love Shows Up in Asian Communities.” Register here. 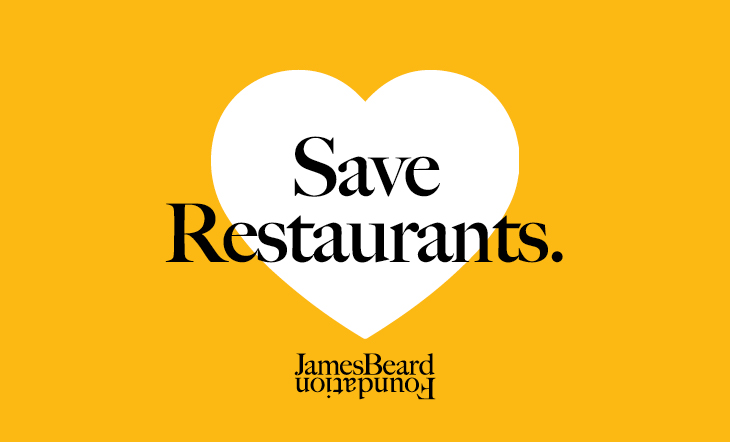