“I brought some whiskey," chef Charles Phan says, setting down a bottle of Four Roses on a long wooden table. It's a couple hours before the final dinner of the totally packed, three-day pop-up of Phan's famed San Francisco Vietnamese restaurant, The Slanted Door, at Brooklyn's Wythe Hotel—hence the bourbon—and in the calm before the pre-service storm, Phan slipped away to school us in the art of making pho bo.

2015 marked the 20th anniversary of the restaurant, which has uprooted three times—getting bigger with each move—and climbed its way to become the highest-grossing independently owned restaurant in all of California. Phan earned two James Beard Awards for his nuanced Vietnamese cuisine—including pho bo, the country's iconic noodle soup filled with brisket, torn Thai basil, lime juice and slivers of raw beef, which he eats at least a few times a week. That's why he flew across the country on a cold afternoon last February—to spread California sunshine in the form of many much-needed bowls of pho. "It's one of my favorite soups, so calming and soothing," Phan says. "It's very simple and pure."

Some would beg to differ. Many Vietnamese food traditionalists warn against making pho at home; they would argue that achieving crystal clear but flavorful stock is fussy, and charring the onions and ginger to infuse the broth is complicated. But according to Phan, all you need is an oven (charred onion and ginger, conquered), a bunch of bones, and a little time. "The secret to making great pho is having a variety of bones to make a very rich broth," he instructs. "The more bones you have, the better the broth." Phan relies on a combination of shank, neck, oxtail, and marrow bones, blanching the hell out of the first three to flush out impurities, then simmering them together for a few hours until they impart their beefiness and lip-coating fattiness in the spice-laden broth. Though the stock is low and slow, the assembly to a great bowl of pho bo requires some speed. Obviously, Phan's a pro. In what seems like a few seconds, he snips sticky rice noodles and drops them into a warmed bowl. On top go layers of brisket and raw beef, a slosh of that cinnamon and star anise-spiced broth, a small handful of green onions and cilantro, and an all-important spoonful of leftover beef fat, ramen style.

Lapping up Phan's luscious, intensely beefy version, we can see why Phan has turned eating pho into a weekly habit. "People don't seem to get sick of it," Phan says. "It's really simple and straightforward, and that's why we eat it."

Get the recipe for Charles Phan's pho bo. 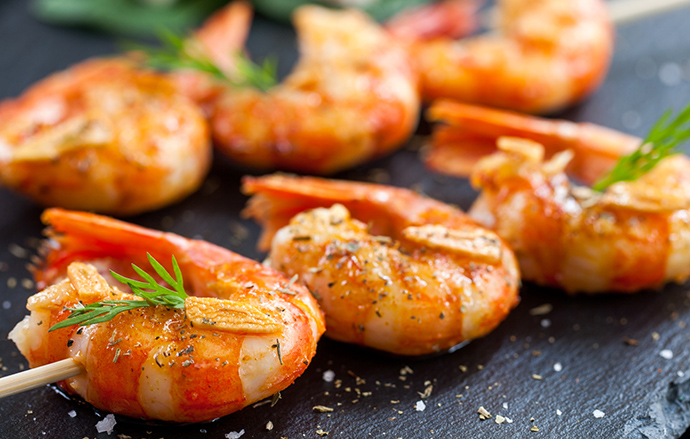 Recipes: A Taste of Paradise