Out of the Fire

Long before the shocking prevalence of sexual harassment in restaurants was revealed last year in a series of investigative articles published in media across the country, before the World’s 50 Best created its polarizing award for World’s Best Female Chef in 2014, and even before Time magazine printed its controversial testosterone-rich “Gods of Food” cover in 2013, the question of the role of women in the professional kitchens has been a hot topic.

France and the rest of the food world is still mourning the loss of the father of La Nouvelle Cuisine, the great French chef Paul Bocuse. But the rejection letters received by the myriad young women cooks who wrote the great chef looking for a career-making stage in his famed kitchen still stings: “…there is no place for women in my kitchen.”

A recent week of programming at Montreal’s cultural arts hub Centre Phi considered the changing status of women in the kitchen in a series of events called Women with Knives. I was honored to moderate a conversation with two Québec chefs, Colombe St. Pierre of Chez St. Pierre in Rimouski; and Dominique Dufour, chef of Ludger in Montreal and founder of Les Femmes Chefs de Montréal. Joining the conversation was Texas State University sociologist Deborah Harris, co-author of Taking the Heat, a groundbreaking study of gender in the kitchen. Harris has worked with the James Beard Foundation for the last two years to help shape and evaluate our Women’s Leadership Programs.

Among the topics that resonated with both chefs, and that continue to emerge whenever JBF facilitates conversations about gender in the kitchen, is the desirability of women owning and running their own business so they can determine the culture and set the policies of equality themselves. Access to capital is difficult for any restaurateur, but for women it is even harder. Work-life balance is always a challenge—for male and female chefs alike, although children pose added complications for women, all agreed. Though St. Pierre insisted she never felt she had been held back by being a woman, she admitted that she established her own restaurant in a rural location so she could keep her family and work close by. Of course, neither country life nor entrepreneurship are solutions for everyone and the need to engage men to fix the gender gap and create workable cultures in which women can thrive is a priority, everyone agreed.

Do men and women cook differently? The answer was a definitive, non! But nevertheless St. Pierre told a funny story about cooking with David Chang in Austria during a recent Gelinaz event. The stewy dish they collaborated on was delicious, but according to St. Pierre, it was ugly. She suggested they decorate it with flowers to make it pretty. Chang just shook his head incredulously. Dufour recounted a recent comment she overheard about the cuisine of Dominique Crenn, of Atelier Crenn in San Francisco, named 2016 Best Female Chef in the World. According to this critic, Crenn “cooks like a man.”

Gods of Food aside, there is no question that, historically, men who cook professionally have attracted more media attention than women who do the same. Harris described the results of the media analysis she and her coauthor and colleague Patti Giuffre conducted for their Taking the Heat study. They coded more than 2,200 restaurant reviews and other articles about food. Consistently men were described as daring, masterful, and ingenious cooks who conquered, built empires, and championed gastronomic greatness. Women and their ambitions were left out of most writing about their food, which was described as pleasing, delicate, and subtle. These tropes persisted in article after article, no matter that the majority of the writers themselves were women.

Let’s hope the #metoo movement is more than a media moment, that it leads to a significant correction in the gendered power imbalance in our society. From Hollywood to Silicon Valley to your local diner, entire industries and individual businesses are being forced to examine cultural and structural barriers that prevent women from thriving. Through programs, such as our Women in Culinary Leadership mentorship program for young women line cooks, to our Women’s Entrepreneurial Leadership fellowship for chef/owners (applications for both programs are open until March 31), to webinars, roundtables, and other gatherings, JBF is helping our industry evolve while supporting individuals achieve the success they desire. As we highlight women chefs at events and encourage broadly diverse participation in our programs we are hoping to bring media attention to the full spectrum of America’s culinarians. We know the result will be more delicious and more nourishing for everyone. 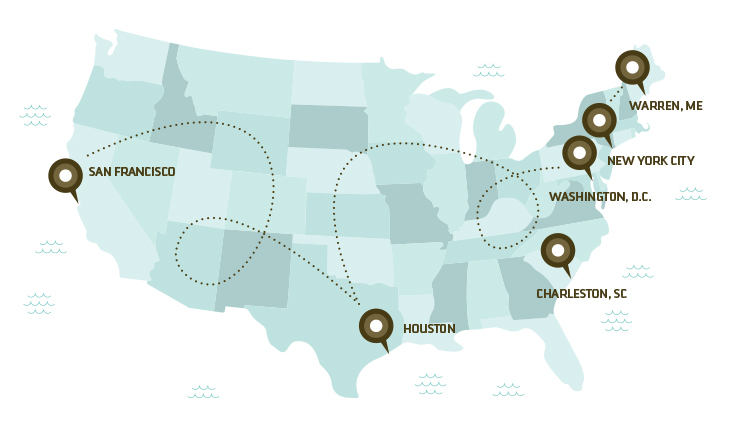