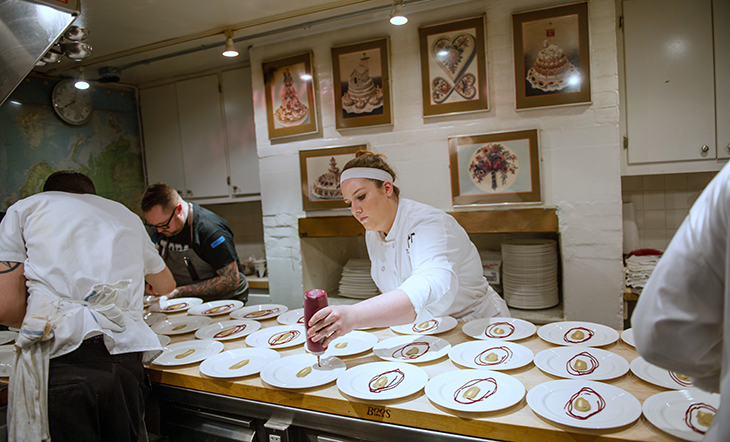 Today we’re proud to announce the ten inaugural recipients of the JBF National Scholars Program. The new program awards $20,000 scholarships to ten candidates from across the U.S., who demonstrate the potential for leadership roles in culinary arts, food studies, agriculture, hospitality management, and related fields.

“We are proud that our Foundation’s newest scholarship program is committed to awarding $20,000 in financial aid to ten extraordinary scholars each year. A desire to pursue a career in the culinary arts is no longer limited to cooking in the kitchen,” said Kris Moon, vice president of the James Beard Foundation. “Just as the types of careers available in the culinary arts have evolved, so too has the Foundation’s scholarship program. The National Scholars Program supports a diverse group of students exploring virtually every educational discipline, whether that be history, anthropology, economics, management, or the sciences—as viewed through the lens of food.”

This year, and in each subsequent year, up to ten annual scholarships in the amount of $20,000 each will be granted. To ensure regional diversity, one awardee is selected from each of the ten geographic regions defined by the James Beard Foundation Awards *.

1.    Allison Contillo (Northeast; Providence, Rhode Island): Contillo is currently in her second year of Science and Nutrition Studies at Johnson & Wales University, where she is studying to become a registered dietician.
2.    Earlene Cruz (Mid-Atlantic; Union City, New Jersey): Cruz is studying Food Systems in pursuit of a Master’s Degree at NYU Steinhardt School to achieve her goal of developing an online experience of “sharing a meal” by Skype.
3.    Holland Dougherty (West; Davis, California): Dougherty is at University of California, Davis, where she is completing her PhD in agriculture, specializing in animal studies.
4.    Katarina Dranchak (Great Lakes; Beavercreek, Ohio): Dranchak is a first-year undergraduate at Ohio State University, who aspires to be a dietitian.
5.    Matthew Johnson (Midwest; Duluth, Minnesota): Johnson is completing his fourth year of culinary studies at the Culinary Institute of America in Hyde Park, NY. His goal is to find a job within food media—ideally creating an original culinary web series.
6.    Ysanne Latchman (Southeast; Fairburn, Georgia): Latchman anticipates graduating with her AOS in Culinary Arts from the Culinary Institute of America in Hyde Park. She hopes to one day have a private chef and catering company, and be a food and travel journalist.
7.    Orlando Lima (Southwest; Austin, Texas): Lima is in his third year of studies at the Auguste Escoffier School of Culinary Arts. He aspires to bring Angolan/Spanish influenced cuisine to the forefront of dining through his own world-class restaurant.
8.    Sarah Mckeen (New York City; Brooklyn, New York): McKeen has a Master’s degree from New York University’s Food Studies program and currently works for Heritage Radio. She wants to pursue a career in media that educates and inspires consumers to engage in a more equitable food system.
9.    Jamey Sherman (Northwest; Nehalem, Oregon): Sherman currently attends Oregon Coast Culinary Institute with the goal of becoming a professional pastry chef.
10.   Sierra Torres (South; New Orleans, Louisiana): Torres plans to attend the University of Massachusetts at Amherst, with the goal of attaining a Bachelor’s degree in agriculture.

The JBF National Scholars Program is a part of the larger James Beard Foundation Scholarship Program, which is awarding more than $750,000 in financial aid available in 2016, the largest annual total in the Foundation’s history. 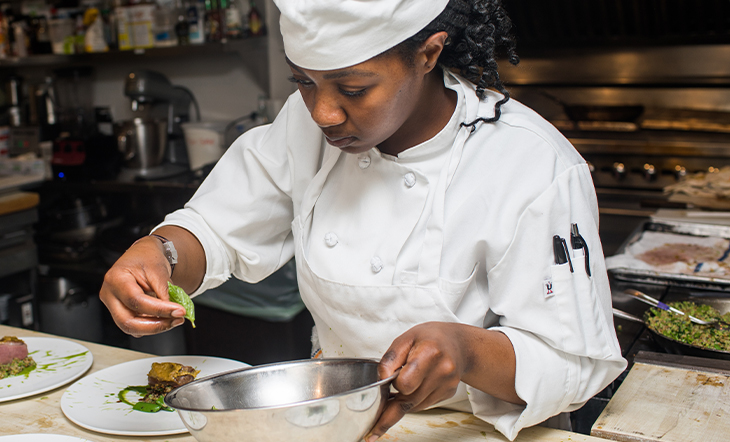 Apply for a 2022 JBF Scholarship