Why These Home Cooks Are Coming to the Beard House

Rachana Rimal doesn’t have a restaurant. She doesn’t own a food truck; hasn’t written cookbooks; and isn’t on television. But when guests stepped into the Beard House kitchen recenty, they found her at the stove, preparing a Nepali feast as part of JBF’s new collaborative series with the New York-based League of Kitchens, where Rimal is an instructor.

The League of Kitchens (LoK), established in 2014, offers immersive culinary workshops led by immigrant home cooks in their own kitchens. Founder Lisa Gross was inspired by memories of her own Korean grandmother, who spent hours in the kitchen whipping up delicious dishes when Gross was a child. Gross never learned her grandmother’s recipes, and aimed to save others from that same regret by tapping the international culinary knowledge of New York’s diverse immigrant community. At each LoK workshop, six students spend an afternoon at the home of an instructor, first tasting a sampling of the cuisine, then spending the next five hours preparing, cooking, and finally eating dinner and dessert, before heading home with recipes and tips on how to shop for key ingredients. To guarantee the quality of these immersive experiences, Gross developed hiring criteria to ensure that only exceptional cooks with a deep knowledge of traditional techniques and methods would teach at LoK; required instructors to go through 40 hours of paid training; and brought on a professional recipe tester and writer to translate personal tips and tricks into structured, clear instructions for each workshop’s guests.

“Shining a spotlight on these women, their stories, and their food aligns with our mission of supporting the diversity of American food culture,” says JBF EVP Mitchell Davis, who helped to jumpstart the collaboration after meeting League of Kitchens program manager Sonya Kharas at last year’s Slow Food Conference.

To JBF director of house programming Izabela Wojcik, the organization seemed like a natural fit. “It was in James Beard's nature to be curious about cuisines from across the world,” she explained. “He championed the regionality of the United States, and by extension, the immigrant foods and customs that shaped those foodways. By creating a Beard House dinner series with League of Kitchens, we are expanding the intimate experiences of their workshops to a broader audience. We think it’s imperative to celebrate and give a platform for these kinds of stories.”

In the years since its founding, LoK’s ranks have grown from six to ten instructors, hailing from nations including Argentina, Lebanon, Bangladesh, and more, and the organization is aiming to open a second site in Los Angeles next fall. Although it has begun to expand beyond the workshop model with corporate team-building trainings and chef collaborations, Gross admits that the Beard House format is a step into new territory: “Rachana and Damira [who will cook the second dinner in May] have done a lot of cooking for large groups for weddings or parties, but they haven’t worked in the restaurant model of plating and serving a five-course dinner over two-and-a-half hours.”

Enter Alicia Parter, former executive chef at Pok Pok NY, who assembled an all-female team of chefs to help Rachana from prep to service. Parter also had a role in the dinner’s menu development, a particular challenge as Nepali cuisine does not follow the European pattern of sequential courses. “The question became, how can we put Nepali food into that context without losing connection to the culture? We ended up in a really good place," Gross said. "The canapés were Nepali snack foods, and to start dinner we served a couple of dishes that might traditionally be served as sides: an amazing dumpling soup, and Manchurian cauliflower, which is a melding of Chinese, Indian, and Nepali flavors since Nepal sits between China, India, and Tibet. The main course was an approximation of a thali, taking the components of daal, rice, greens, a vegetable curry, and a salty, tangy pickle, and plating them all together. Rachana explained to the diners that, traditionally, this meal is eaten with your hands." True to the LoK ethos, intrepid Beard House diners followed Rachana's instructions, setting their utensils aside that night.

It’s not just the choice of utensil that makes these dinners stand out: Rachana’s meal was “pure veg” (meaning dairy but no eggs), and Damira’s will be the first halal event at the Beard House. Like LoK workshops, they highlight the stories of women who feed their communities, but frequently have no means of expression outside of what comes out of their pots and pans. Gross explains that LoK’s all-female staff wasn’t created intentionally, but isn’t that surprising: “I’m still open to hiring the right man if we need him, but I think what that speaks to is the fact that in most places around the world it’s the women who do the cooking every day. That’s actually become very important to our mission—so much of what we do is creating a platform to recognize and celebrate the incredible knowledge and expertise of these women that often goes unappreciated or taken for granted.”

Many of the dishes that appeared on Rachana’s menu carry a personal touch that make them impossible to find at a Nepali restaurant. Although the Nepali staple of black daal might be on offer in a commercial kitchen, Gross doubts that many restaurants make it in pots like the handmade wrought-iron one passed down to Rachana from her mother, which she carried with her across the ocean, and brought to her dinner at the Beard House.

“What keeps American food interesting, vital, changing, and unique is the mashing up of all of these different influences and ingredients and tastes and flavors,” says Gross. “It’s very important to us to bring these women and their stories, knowledge, and expertise into this larger conversation around food and food culture in America. In our contemporary food culture there’s so much lionization and adulation of restaurant chefs, which is wonderful, but often those chefs are white and male. Most of the cooking every day around the world is done by women, so I think that’s really important to recognize and to celebrate that they, too, have really valuable knowledge and expertise to share.”

And so Rachana Rimal came to cook at the Beard House, without an extensive resume of stages under famous chefs, without awards or magazine spreads or an Instagram following. She arrived armed with a set of uniquely important credentials: her family’s pot, a legacy of her home nation’s cuisine, and a lifetime of feeding the minds and stomachs of those around her.

The next League of Kitchens dinner, featuring Uzbek cuisine from instructor Damira, will take place on May 4 at the Beard House. Stay tuned for reservations.

Learn more about League of Kitchens.

Get the recipe for Cauli Manchurian. 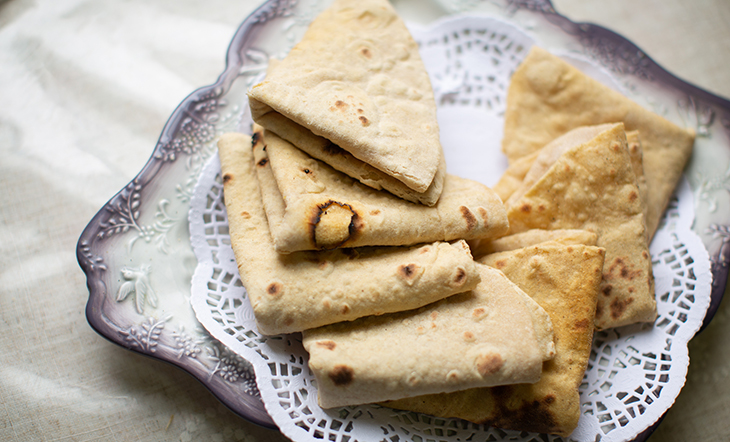