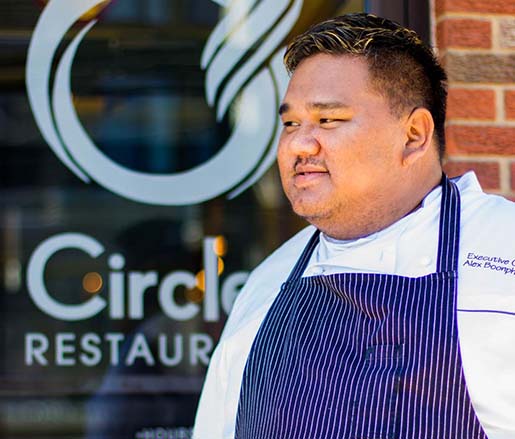 At his two Circles locations, chef and Thai native Alex Boonphaya offers a bill of fare that’s at once rooted in authentic traditions and playfully modern. The locals agree: Circles is perennially dubbed the “Best Thai Restaurant” in the city by Philadelphia magazine.