Critically acclaimed for his interpretation of Creole and Cajun cuisine and nationally adored as an enthusiastic TV personality, Emeril Lagasse first kicked American cuisine up a notch at Emeril’s Restaurant in New Orleans three decades ago. Since then he has opened 12 additional restaurants, published 17 cookbooks, seen his catchphrases work their way into the vernacular, and extended his brand with kitchen and food products. While his empire grew, the JBF Award–winning chef also applied the values that lie at the heart of the hospitality industry to his philanthropic mission: youth advocacy in the communities where his restaurants operate.

“Inspire, mentor, enable” declares the tagline for the Emeril Lagasse Foundation (ELF), which has raised $5.3 million for children’s education and culinary arts programs in New Orleans, Las Vegas, and the Gulf Coast since 2002. “These are values on which I started my foundation,” Lagasse explains. “They are deep-rooted in my restaurant company and in the world of hospitality. Identifying talents, interests, and even struggles is a large part of helping young people grow and succeed. Mentoring is at the heart of my philosophy.”

Among the programs funded by ELF, St. Michael Special School is one of Lagasse’s longest-standing charitable commitments in New Orleans. Lagasse names the late Sister Lillian McCormack, whom he met more than 20 years ago, as a critical influence on his philanthropic work. “Sister Lillian showed me early in my career that giving back to special- needs students is a lifelong commitment,” Lagasse says. With a grant and guidance from ELF, the school renovated a teaching kitchen in 2008.

According to ELF executive director Kristin Shannon, the Foundation’s fund-raising and capital investments came into focus after 2005. “We really found our true calling post-Katrina,” Shannon says. “The community need in New Orleans helped define our giving.”

Culinary-focused projects funded by ELF include Edible Schoolyard NOLA, a teaching garden and kitchen program based on Alice Waters’s original Berkeley, California, program; and two training programs for at-risk youth, Liberty’s Kitchen and Café Reconcile. Since 2006, ELF has also partnered with Greater New Orleans Afterschool Partnership and United Way for the Greater New Orleans Area to fund more than 80 summer camps. ELF then provided financial support for Second Harvest Food Bank’s 2010 and 2011 initiative to provide meals to the children at those camps.

Shannon is especially proud of the culinary arts program at the New Orleans Center for Creative Arts (NOCCA), which ELF has funded since its inception as a summer pilot program in 2007. In March 2011, Lagasse dedicated NOCCA’s Emeril Lagasse Foundation Culinary Arts Studio, now offering high school students a four-year culinary arts program with a unique master-apprentice curriculum developed with his alma mater, Johnson & Wales. For founding department chair and chef Dana D’Anzi Tuohy, “Being part of NOCCA and teaching these culinary students is the best thing I have ever done professionally.” After most recently overseeing Lagasse’s four Las Vegas restaurants, Tuohy says, “I had reached a point in my life and career where I wanted to do something that would allow me to give back. Watching Chef Emeril create his foundation and work exhaustively toward making a difference was very inspirational.”

Eighteen-year-old Grace Treffinger, a graduate of NOCCA’s summer program, credits Lagasse with sparking her precocious professional focus. “Chef Emeril’s influence, what he does with his charity, completely changed my priorities and my goals in life,” Treffinger says. She had wanted to be a chef—and now mans the sauté station at Chicago’s Girl & the Goat—but she also works at the nonprofit Common Threads, where she helps teach children in underserved communities how to cook healthy meals.

“What is really meaningful is seeing older kids who have been affiliated with a program that we’ve funded since they were young really finding their way,” says Shannon.

Lagasse and his staff derive as much fun from their fund- raising events as they do meaning from the kids’ growth. At Carnivale du Vin, ELF’s signature gala and wine auction, five featured chefs prepare a five-course seated dinner with wine pairings. Thanks to Lagasse’s enthusiasm, the generosity of his guests, and the participation of young people from ELF programs plus chefs such as Thomas Keller, the event has raised $12 million since 2005. For the past two years ELF has kicked off Carnivale du Vin weekend with Boudin & Beer, a casual indoor/outdoor food and music festival that draws more than 3,000 guests.

“For fundraisers in the restaurant business, we do what’s natural for us—showing our hospitality and serving great food,” Lagasse says. “My foundation’s fund-raising events are amazing nights that allow my friends and colleagues time to enjoy each other’s company. Each year, I’m overwhelmed by the generosity and support of my peers.”

Nicole Citron is a freelance writer and brand and communications consultant living in New York City. 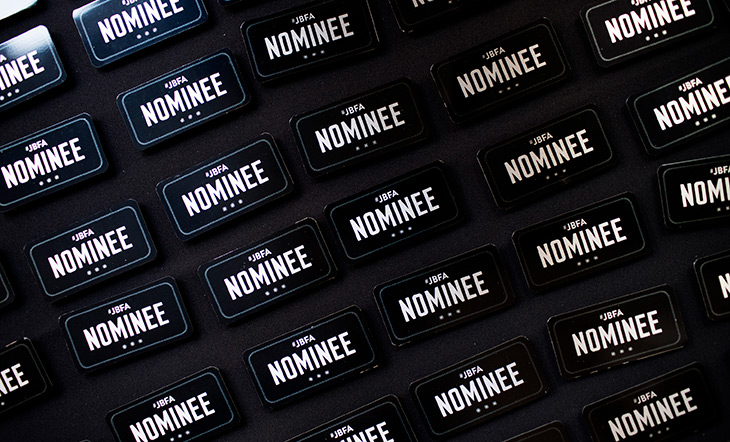