Founder and president of Justice for Migrant Women 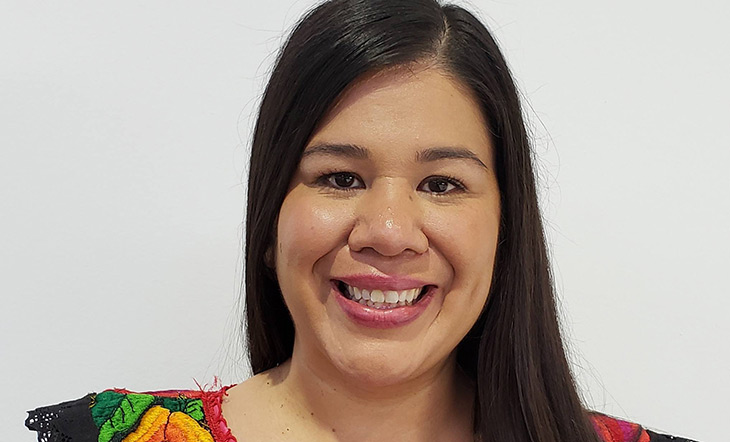 The James Beard Foundation’s Leadership Awards spotlight the important and complex realms of sustainability, food justice, and public health. They raise awareness of these timely issues by celebrating the visionaries responsible for creating a healthier, safer, and more equitable and sustainable food system. Below, Rebecca Treon spoke with attorney, activist, and 2022 James Beard Leadership Award honoree Mónica Ramírez and her work with Justice for Migrant Women.

Mónica Ramírez grew up in the small agricultural town of Fremont, Ohio. Growing up in a family of migrant workers, Ramírez’s father began working in cotton fields in Mississippi when he was just eight years old, living with his family in a one-room shack. Her mother was also born into a family of migrant workers and worked on farms from a young age. As a child, Ramírez was exposed to the realities and hardships of migrant farm work in America.

“My parents made a point of teaching us about the farmworker community at an early age, including that people are being sprayed with pesticides, that they’re living in inadequate housing, and that they’re being discriminated against,” she says.

In a place where racism and discrimination against migrant workers was open, Ramírez took a stand from an early age—at age 14 she was already penning stories about her community’s plight for the local newspaper. When she went to college—the first in her family—and eventually to law school at Harvard University, she kept the issues of migrant workers close to her heart.

In 2003, Ramírez created the first legal project to address the issues of gender discrimination and sexual harassment for migrant women at the Southern Poverty Law Center. In 2014, that project expanded and eventually became her nonprofit organization, Justice for Migrant Women, which works to advance the civil and human rights of migrant women and their families. Working with a population that is often unheard, the organization works to amplify voices through a range of projects and initiatives, including The Bandana Project which addresses the issue of workplace sexual violence against farmworker women in the United States, and the Latinx House which celebrates Latinx excellence in film and entertainment.

“Maybe not all of us are political leaders, but all of us have a platform in our everyday life,” says Ramírez. “And that's why every single one of us has the chance to make great changes where we live, wherever we are, and at whatever age.”

A champion for the Latinx community for over two decades, Ramírez is the recipient of numerous awards, including the Smithsonian Ingenuity Award for Social Progress, the Hispanic Heritage Foundation’s Hispanic Heritage Award for Leadership, and the National Hispanic Council on Aging’s Outstanding Community Service Award. Now, Ramirez is a 2022 James Beard Leadership Award honoree. However, she is quick to acknowledge that the accolades bestowed on her come from a collective effort.

“It’s not just my award, it’s for all of us. It’s for the farmworkers, the food workers, the restaurant workers, and the chefs. It’s for everyone that have come together to further the work. I believe that the collective [has] the best possibility to really make change," she says.