The latest installment features the Chinese cooking authority Grace Young, the winner of a 2011 James Beard Award for her definitive work, Stir Frying to the Sky’s Edge: The Ultimate Guide to Mastery, with Authentic Recipes and Stories (Simon & Schuster, 2011) as well as a 2020 James Beard Award for her video, Wok Therapist. In this column, Young shares her story of the first person, and cookbook, to ignite her love of cooking and appreciation for a well-written recipe. That would be none other than Julia Child and The French Chef Cookbook (Knopf, 1968), based on the recipes from her PBS show. Young will be answering all your burning wok-related questions during our next James Beard Media Awards at Home event on August 26, so register now!

My favorite TV show as a child was The French Chef. I was completely mesmerized. I had never seen anyone like Julia Child before. She was so funny and genuine and authentic, and the food that she cooked was completely different than the Cantonese food that I had grown up eating. Every week, I would send a self-addressed envelope to WGBH, and they would mail me the recipe from that week’s episode. Eventually those recipes got compiled into The French Chef Cookbook.

I had never, ever had French food in my life, but my mother was very sophisticated, so she had eaten it. She loved cream puffs and brioche and croissants. When I said that I wanted to cook these recipes, she encouraged me to start with cream puffs and brioche. Eventually she let me make gigot farci [roast lamb], and a spinach soufflé. Here's this little 12 or 13-year-old Chinese girl, who had never tasted any of these things, but I remember baking the brioche, and the aroma, and opening up the oven: they were puffed and golden with that beautiful ball on top. I remember the look on my mother's face like, "Oh, my god. She did it." She was surprised. I was stunned. I remember my mother biting into the brioche and the look on her face of pure pleasure. I had done it. It was such an unbelievable feeling that I just wanted to keep on doing it.

When I was about 15, I read in the San Francisco Chronicle that Julia Child was coming to town for a book signing at the White House department store, and I convinced my father to take me. I didn't really understand what a book signing was. I had already gotten a copy of The French Chef Cookbook paperback that was published by Bantam. So my father brings me down to the White House department store and I was there with the ladies who lunch. They were all Caucasian women wearing elegant suits [and] gold jewelry and they were all standing in line with copies of Mastering the Art of French Cooking Volume 2. I was the only one in line who was a child, who was Asian, and who had a paperback of The French Chef Cookbook.

By the time I got up to Julia and Paul [her husband], they could not have been sweeter or nicer or more charming to me. They both signed my book and, in fact—and this is a very painful part of the story—my father took a photograph of Julia and me and I mailed it to her in Boston at WGBH, and she autographed it and mailed it back to me, and over the years, it got lost. But I can still see that picture and her autograph in my mind.

The French Chef Cookbook changed my life. It made such an enormous impact and it inspired me to cook so early on. When I was in college, that was the first time I ever attempted to cook Chinese food and I did not consult with my parents. I bought a Chinese cookbook and everything I made was absolutely awful. I couldn't even season the wok. It was such a terrible experiment, I didn't try cooking Chinese food again until years later when I decided that I wanted to go home and learn my parents’ recipes, and that experience led me to write Wisdom of the Chinese Kitchen. I remember that as I began writing Wisdom of the Chinese Kitchen, I kept thinking about The French Chef Cookbook. I wanted to do what Julia had done for French food—learning French cooking in France and translating it for an American audience. I learned Chinese cooking from my parents and I want to demystify it for cooks who are unfamiliar with Chinese cuisine.

In the inscription in my copy of her book, there's this quote that Julia wrote: "The idea was to take the bugaboo out of French cooking to demonstrate that it is not merely good cooking but that it follows definite rules." Before I even wrote my first stir-fry recipe for Wisdom of the Chinese Kitchen, I started looking at stir-fry recipes in other Chinese cookbooks. I realized that there was a total lack of clarity and so much vagueness. I decided that's why the results were often so mediocre when Americans made stir-fries. I kept on thinking, how was it possible that a child who had never eaten French food was able to make these recipes that Julia wrote? It's because she was so precise. Julia wrote cookbooks with an understanding of how easy it is for a cook to get lost in a recipe. As she said, she took the bugaboo out of it. And that's what I've tried to do with my work. Take the bugaboo out of it.

Register for our next James Beard Media Awards at Home event with Grace Young. 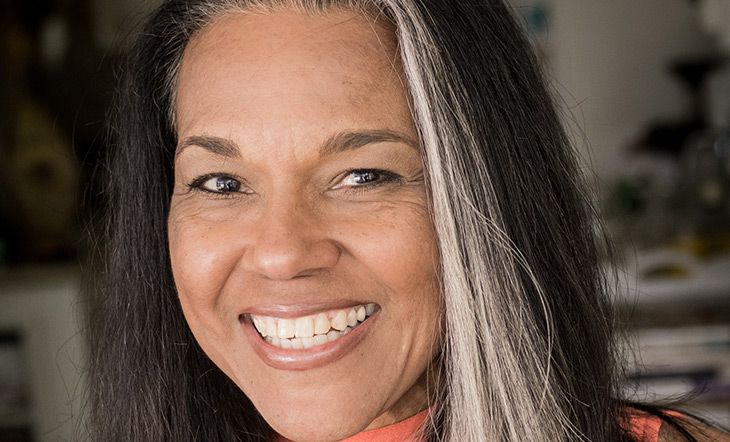