Announcing the First Round of 2017 Beard Award Honorees 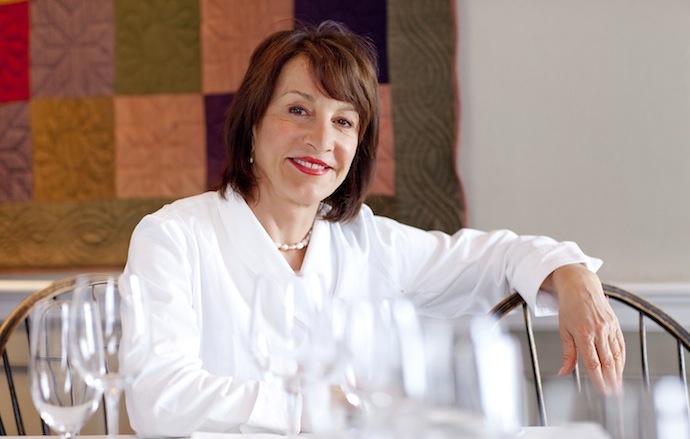 The James Beard Foundation is thrilled to announce the recipients of its 2017 Lifetime Achievement and Humanitarian of the Year awards. Both honorees will accept their medallions at the James Beard Awards on Monday, May 1, 2017, at the Lyric Opera of Chicago.

Nora Pouillon, restaurateur, author, and the first American chef to open a certified organic restaurant, has been named the recipient of the 2017 James Beard Lifetime Achievement award. As a pioneer and champion of organic, environmentally conscious cuisine, Nora has been promoting a healthier lifestyle since arriving in the U.S. in the 1960s from Vienna, Austria. Relying on her extensive network of natural and organic farmers, Nora began to purchase her produce for her cooking classes and catering business directly from the source. In 1979, Nora opened her namesake restaurant in Washington, D.C., Restaurant Nora, and in 1999 it became the first certified organic restaurant in the United States. Nora is also credited with initiating D.C.’s first producer-only farmer’s market, called FRESHFARM Markets, and jumpstarting the farm-to-table movement in the area. Nora is the author of Cooking with Nora, a seasonal menu cookbook that was a finalist for the Julia Child Cookbook Award, and her memoir, My Organic Life: How A Pioneering Chef Changed the Way We Eat Today, was published in 2015. Today, Nora continues to be an active participant in several environmental causes and tirelessly advocates for a sustainable, health-focused lifestyle based on the premise that you are what you eat, drink, and breathe.

The 2017 Humanitarian of the Year award recipient, Denise Cerreta, transformed her career from café owner to philanthropist and social entrepreneur with the creation of One World Café. She is the founder of One World Everybody Eats (OWEE), a simple pay-what-you-can idea that has grown into a globally recognized non-profit. A single moment at her café, one that she calls her "Field of Dreams" experience, inspired her to personally change how the world views and combats hunger. She realized that one in six Americans—50 million people—are food insecure, meaning families and individuals are accessing emergency food pantries, even scavenging or stealing, to meet their nutrition needs. To address this issue, OWEE offers an innovative, pay-what-you-can business model that helps communities alleviate hunger at the local level.

“The two women we honor this year are positively inspiring game changers in our culinary world," said Susan Ungaro, president of the James Beard Foundation. "We look forward to honoring the powerful work they’re doing to create a better food system."