Lucille's 1913 is Strengthening the Houston Community

Chris Williams is honoring his family legacy with his nonprofit

Below, Lenore T. Adkins spoke with Chris Williams, who sprang into action to meet his community's shifting needs and honor his family's culinary legacy with Lucille's 1913.

When the Covid-19 pandemic shut down restaurants in March 2020, Chris Williams, chef-owner of Lucille’s restaurant in Houston—and a James Beard Foundation Taste America chef—snapped into action. Together with his team, they made 3,000 meals for first responders and graveyard shift employees from Texas Medical Center in just 15 days.

This attracted attention from World Central Kitchen, José Andrés’ nonprofit that provides meals during natural disasters. They partnered with Williams to feed seniors at Sunnyside, a historically Black assisted living facility in Houston where three of Williams’ family members live. For Williams, the cafeteria food served at the center didn’t impress him. Additionally, while seniors’ rents were subsidized, they were on their own if they wanted to buy food elsewhere.

“That’s when we knew we couldn’t walk away,” Williams said. “[During] this pandemic, our elders were uniquely at risk and the last place they need[ed] to be was at a grocery store,” Williams says. World Central Kitchen helped to fund his efforts for two weeks. Williams used the funds to buy groceries, and prep, cook, package, and deliver hundreds of meals to seniors.

During that time, Williams also had to shift his business model as a result of the COVID-19 pandemic. He began to offer takeout only, bought the building from his then-landlord, switched the menus around, offered more family-style meals, and implemented other cost-cutting measures. He says these efforts helped Lucille’s turn a profit to the tune of $286,000. Using those funds, Williams launched Lucille’s 1913 in August of 2020.

Lucille’s 1913 “has built a vertically integrated ecosystem,” whose mission is built on three main pillars: combating food insecurity and waste, investing in training and employment, and empowering sustainability in the surrounding communities.

On a daily basis, the nonprofit prepares and delivers over 600 meals a day across Houston’s Sunnyside, Acres Homes, as well as the Third and Fifth Wards—which are among the city’s oldest and predominantly Black neighborhoods. Additionally, the nonprofit produces over 80 meals daily for students attending the nearby Imani School, located close to the nonprofit’s kitchen. To date, Lucille’s 1913 has donated more than 400,000 meals.

Building community from the ground up, the nonprofit acquired 54 acres in Fort Bend County, a historically Black farming community since the Reconstruction era. The nonprofit then pays members of the community to grow food on the land, which they then sell to the surrounding area for 60 percent less than what is typically paid at grocery stores.

Tackling food waste is another problem Lucille’s 1913 has taken on. The nonprofit composts true waste, while it sends whole waste to its fermentation lab in the Fifth Ward. Onions, carrots, and lemon peels become seasoning powder. Collard stems, cucumbers, jalapeños, and okra are converted into ingredients for kimchi, hot sauce, and the Southern pickled condiment of choice, chow chow.

Training the next generation of chefs, Lucille’s 1913 also offers a culinary program for aspiring chefs and food professionals. The 12-week program targets underserved people living in the Houston area who have never worked in a kitchen. Not only do students learn knife skills and how to prepare foods, but they also rotate to work in the garden, the fermentation lab, and the food waste program for a more holistic approach to the industry. Graduates have gone on to work at Williams’ restaurants under Lucille’s Hospitality Group.

“They get to see how to grow from seed to harvest to production to responsible disposal,” Williams said. “It can be a training ground for people who don’t have money to go to culinary school or the luxury of time.”

Williams recently purchased the 35,000-square-foot venue that houses the nonprofit’s offices. His future plans involve continuing to “employ, empower, and nurture as many people as we can,” and creating more access for people still facing barriers to entry in the culinary industry.

All of Williams’ ventures, his restaurant, nonprofit, and hospitality group, pay homage to his great-grandmother, Lucille Smith. Born in 1892, Smith was a culinary pioneer in her own right.

Working as a seamstress and a cook for private clients, Smith opened her community catering business in 1913 in Fort Worth, Texas, 50 years after the Emancipation Proclamation. In 1937, she established America’s first department of commercial foods and technology at Prairie View A&M University, which combined an apprenticeship program with educational studies. In 1941, she wrote a cookbook called Lucille’s Treasure Chest of Fine Foods. She also developed and sold Lucille’s All Purpose Hot Roll Mix, the first of its kind to be marketed in the United States. And while the Vietnam War raged on in 1965, Smith made fruitcakes for the 330 local troops serving from Tarrant County, Texas. A thank-you note from President Lyndon Johnson’s personal secretary shows that she also sent a fruitcake to the president and first lady.

Smith passed away in 1985 when Williams was six. While he doesn’t have many memories of the woman he calls a “fearless entrepreneur,” his work keeps her legacy alive.

“It was just an understanding that bled into what we do currently,” he said.

To this day, Williams continues to pay tribute to his great-grandmother through his restaurant and now his nonprofit. Decades later, Williams has introduced her hot rolls and signature chili biscuits to a new audience at Lucille’s restaurant.

“They’re still our bestsellers, which is a testament to her brilliance,” Williams said. 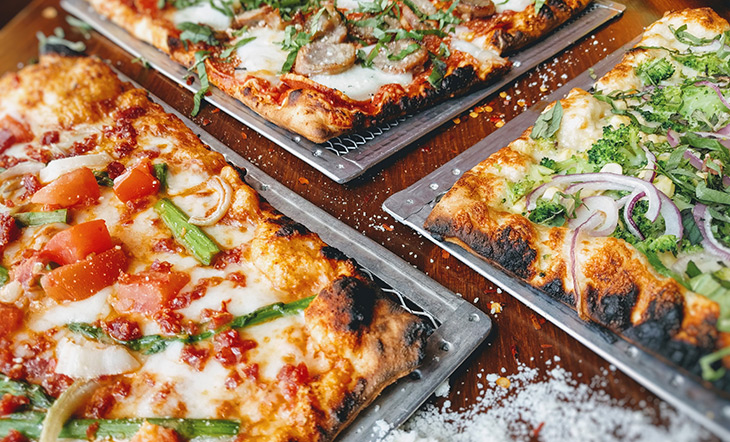 Why Cooperative Food Businesses Are on the Rise