On the Menu: Week of August 5 Here's what's coming up at the Beard House:

Our nation’s capital is more than just a humming center of government: it’s also a hotbed of outstanding and diverse cuisine, as proven by this talented group of chefs and mixologists who have earned nominations for one of the city’s most coveted dining awards, the RAMMY.

Taste of Kentucky, Sweet and Savory

Esteemed Louisville chef S. Dean Corbett—along with his talented chefs de cuisine Sarah Leopold and Travis Rockwell (who are engaged to be married)—is coming to the Beard House to give us a taste of his hometown. The trio will be serving an exceptional modern American menu highlighting native Kentucky ingredients.

Charlotte Silver chronicles her unconventional upbringing in the witty and whimsical Charlotte au Chocolat: Memories of a Restaurant Girlhood. Much like a real-life Eloise at the Plaza Hotel, she spent her youth at her mother's glamorous restaurant and learned the behind-the-scenes reality of the restaurant industry at a tender age.

Charlie McKenna has a pretty fancy pedigree for a guy who moonlights as a barbecue competitor: he’s the former sous-chef at Chicago stalwarts Tru and Avenues and he trained under Norman Van Aken. Now the chef and owner of Lillie’s Q, McKenna oversees both smoker and stove with aplomb, crafting elevated versions of classic Southern dishes.

New Jersey native Corey Heyer worked with legendary chefs Daniel Boulud, Jean-Georges Vongerichten, and Tom Colicchio before returning to his home state to helm the kitchen at the historic Bernards Inn. For this Beard House dinner, the chef has crafted a spectacular seafood menu to be paired with wines selected by Terri Baldwin. 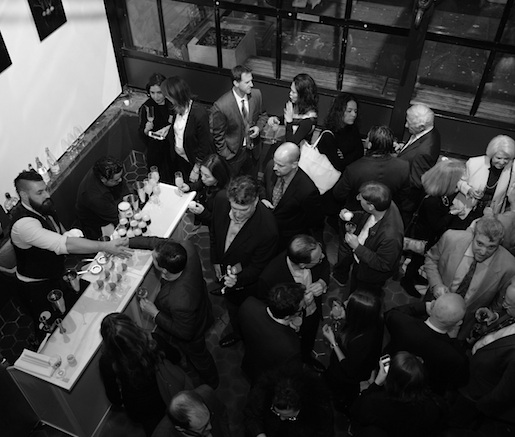 On the Menu: Week of March 2