Tuesday, July 17, 6:30 P.M.
West Village Social
Once a bohemian mecca for artists, writers, and musicians, this historic and quaint neighborhood is now home to some of the most lauded restaurants in New York City’s culinary landscape. Guests at this walk-around tasting and cocktail party will indulge in a variety of the West Village’s most delectable eats.

Wednesday, July 18, 12:00 P.M.
Enlightened Eaters: Allison Adato
Overeating can be an occupational hazard for chefs, but author Allison Adato has enlisted the help of some of America's top stars of the stove to combat this hurdle. In Smart Chefs Stay Slim, she divulges the successful strategies that Tom Colicchio, Michelle Bernstein, Eric Ripert, and other celebrity chefs use to maintain a healthy diet despite their busy (and food-filled) lifestyles.

Thursday, July 19, 7:00 P.M.
Bay Area Brasserie
Adam Keough may hail from the East Coast, but this JBF Rising Star Chef semifinalist distinguished himself in the Bay Area’s dining scene under the tutelage of the legendary Michael Mina. At their Beard House debut, Keough and pastry chef Bill Corbett will spotlight their minimalist but elegant approach to classic French fare.

Saturday, July 21, 6:00-8:30 P.M.
Chefs & Champagne® New York
Join us this summer when we celebrate Emmy Award–winning television personality and author of In My Kitchen, JBF Award Winner Ted Allen, and the judges of Food Network's Chopped: JBF Award Winners Maneet Chauhan, Scott Conant, Amanda Freitag, Alex Guarnaschelli, Marc Murphy, Marcus Samuelsson, Aarón Sanchez, Chris Santos, and Geoffrey Zakarian. “On behalf of all the Chopped judges and producers at Food Network, I want to thank the James Beard Foundation for honoring us at Chefs & Champagne®—two of my very favorite things in the world," said Ted Allen. "We love chefs and we love the craft of the kitchen, and to spend the day celebrating those things with you in the Hamptons is about as wonderful a day as we could ever hope to have.” 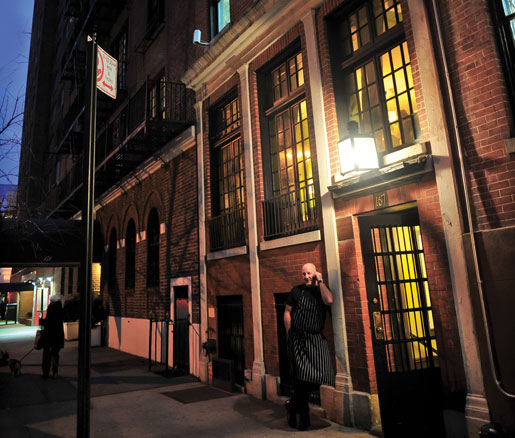