On the Menu: Week of October 6 The only thing going overboard at this tea party will be the menu. Join us at the Beard House when Boston's most talented pastry revolutionaries come together for what is sure to be a historic afternoon event.

In a city where the scene is usually everything, self-taught chefs Vinny Dotolo and Jon Shook are telling a different story at their acclaimed restaurants: one about smart, satisfying, and freewheeling food that earned Animal a spot on Bon Appétit's list of the most important restaurants in America.

Though an apt reflection of its New England roots, the name Puritan & Company belies the Cambridge-based restaurant's modern and creative approach to food. Chef Will Gilson's cooking is straightforward yet thoughtful, restrained yet indulgent. Experience his urban farmhouse cuisine at this exquisite Beard House dinner.

Cuisine of the Sun

Escape to the Caribbean at this incredible, island-inspired dinner by powerhouse chef Cindy Hutson. At Ortanique and the Restaurant at the Dunmore, Hutson cooks what she describes as the “cuisine of the sun”: expertly crafted, modern dishes that highlight tropical ingredients and local culinary traditions.

One of the most diverse cities in the world, Toronto is the perfect base for Gihen Zitouni, a Montreal-born Tunisian with a multicultural, technique-driven cooking style that was honed at luxury kitchens around the world. Join us when she prepares a menu of her signature, globe-spanning cuisine.

This very special evening, which will link the worlds of fine art and food, is is part of James Beard Foundation's Taste America®, a cross-country food festival. Learn more.

Luxurious staterooms and endless ocean views aren't the only appeal to a voyage with Celebrity Cruises—with John Suley, a protégé of JBF Award winner Alfred Portale, at the helm of the cruise line's culinary operations, discerning passengers can indulge in innovative, haute cuisine on the high seas. 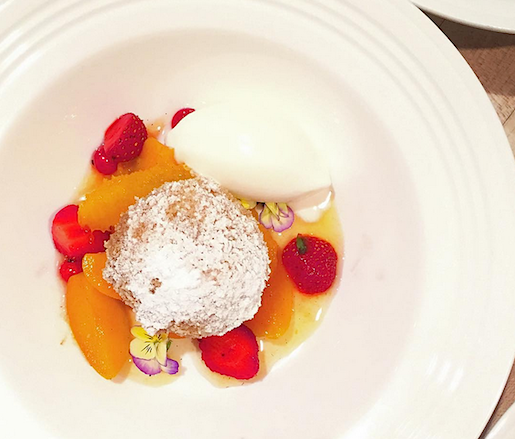