Winner of Top Chef Masters and a longtime San Francisco favorite, Chris Cosentino is also a leader of the nose-to-tail movement, which leaves no tail or trotter uncooked. For this exceptional dinner, Cosentino joins Robert Biale Vineyards, one of Napa Valley’s premier producers of Zinfandel and Petite Sirah, to commemorate their 25th harvest.

After years of honing her craft at JBF Award winner Ana Sortun’s Oleana, Cassie Piuma opened the meze mecca Sarma to rave reviews. Join us on International Women’s Day as Piuma treats Beard House diners to a feast honoring the culinary contributions of women across the globe.

The James Beard Foundation Greens (foodies under 40) are joining up once again with New Zealand Winegrowers for a walk-around tasting of this country’s celebrated vines and vineyards. The event will include sips from more than 30 producers, including stellar 2015 vintages (many of which will be poured for the first time), as well as distinctive older bottles. A roster of ace New York City chefs will also be on hand, preparing delicious bites that will complement whatever is in your glass.

With a résumé that includes stints at El Bulli, Per Se, and Momofuku Noodle Bar, it’s no wonder that Paras Shah has won the hearts of New York diners with the Mediterranean-inflected new American fare at his Flatiron hot spot Kat & Theo. Join us at the Beard House as Shah showcases his culinary chops with a decadent seafood menu to welcome the spring.

What do George Clooney, Bono, and Derek Jeter have in common? They’re regulars at Nick and Sam’s, the glitzy Lone Star State chophouse. Now Beard House guests can bask in their own star treatment with a glamorous night of prime cuts, caviar, truffles, and more—all inflected with flavors from chef Samir Dhurandhar’s Indian heritage. 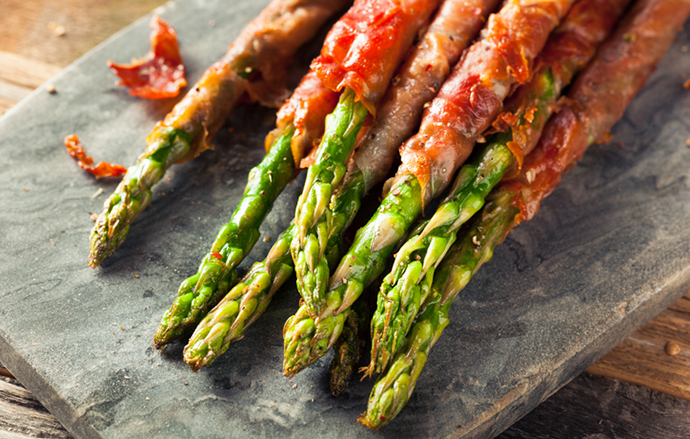