Recaps of trends and memes are all well and good, but we like to define a year of eating in more satisfying terms: the food that really delivered. Herewith, our favorite dishes of 2013. And, for the first time ever, we’re including a handful of drinks that wowed us, too. Bacalhau with Olives, Chilies, and Mint

At Logan Square’s Fat Rice, owners Abraham Conlon and Adrienne Lo recast Macanese cuisine as “Euro-Asian comfort food,” cherry-picking the larders of Portugal, India, China, and Southeast Asia to craft a menu that feels at once novel and familiar. Some dishes, like braised sweet-and-sour pork belly with tamarind, pineapple, and chicharrónes and the signature arroz gordo, are riotous interpretations of Macau’s singular fusion. Others, like this bacalhau, are more to the point, but just as delightful. Conlon tops his housemade salt cod (a recipe passed down from his great grandmother) with chilies, mint, and smoked paprika, and serves the spread with papo seco, a traditional Portuguese bread that’s made with lard. Having grown up in a Jewish household, I’ve made and eaten plenty of chopped liver and gribenes. I had never imagined that those satisfying flavors could be reworked in such an elegant and sophisticated way. Alder’s version isn’t just tarted-up chopped liver: it has an integrity of flavor, ingredients, and presentation that’s all its own. There’s a nice bittersweet note from the grapefruit marmalade that really complements the minerality of the liver and the sweetness of the cornbread.
—Mitchell Davis, Executive Vice President Animal and Son of a Gun, Los Angeles (served at the James Beard House)

Vinny Dotolo and Jon Shook offered this high-brow twist on the low-brow chicharrón at their recent Beard House dinner. The addictively crispy beef tendon chips—first boiled, then dried and fried—were dusted with togarashi and served with a dipping sauce spiked with oxtail consommé, charred scallions, and star anise. “Our inspiration came from just eating a lot pho,” Vinny told us. “We wanted to use similar ingredients and flavors but make it a dry dish, more like chips n’ dip.” Sold! From one of my favorite spots of the new Smith Street generation, this dish featured shrimp chips loaded with pork stock–braised wood ear mushrooms and ground pork, chilies, a confetti of cilantro and freshly ground coconut, and lime wedges. Vietnamese food in nacho form. Who can argue with that? “We were working with ultra-sweet, snowed-over carrots from one of our local farms,” says executive chef Tyler Anderson. “The carrots were slowly roasted in the hearth at Millwright’s, then simply set in carrot juice with gelatin. We wanted to take a very earthy dish and present it in a technique-driven way that didn't look too contrived.” I’d say that Tyler and his team succeeded. I love how this dish uses rustic and classic techniques to do a play on a country-style terrine, while still being very of the moment. It has that reverential vegetable cookery that we’ve been seeing a lot of lately; the shoots-and-leaves ethos in the carrot top pesto; and quinoa is one of year’s sexpot grains. This dish was both delicious and intellectually intriguing, a rare combination. The abalone, freshly plucked from the restaurant’s tank, was gently touched with smoke, while the livery bouillon had deep umami flavor—and was not at all livery! I think that Joshua Skenes’s unique contribution is working with bitter flavors, and that talent was definitely on display here, too. This was probably the abalone dish I have most enjoyed in my eating career, not that I’ve had as much abalone as, say, brisket (see below). We love ABC Kitchen for many reasons: its breezy ambience; its commitment to local, organic, and sustainable ingredients; and, of course, that kale salad. But one of our favorite reasons to visit the 2011 Best New Restaurant award winner is the unforgettable suckling pig. Just how does executive chef Dan Kluger strike that balance of succulent meat and crispy skin so flawlessly? “We cook the pig very slowly, then remove the meat, season it, press it back onto the skin, and weigh it down over night,” he explains. “Finally, we cut it into perfect blocks and crisp them up in a pan.” Paired with a sweet-and-sour bacon marmalade and tender turnip greens, this dish makes our mouths water without fail. I have eaten a lot of brisket in my day. Every Jewish holiday of my life and many dinners in between. It’s been really good. But nothing prepared me for this brisket. Seasoned with one-to-ten ratio of salt to pepper, it melted in your mouth. Pitmaster Wayne Mueller wasn’t totally pleased with it because he wasn’t using his own smokers, so it wasn’t even as good as it could be. His own smokers are like long tunnels, and he positions the thick end of the brisket toward the heat source at the back so that the meat cooks evenly. It’s hard to imagine it being any better than what we enjoyed at the BBQ MBA. I knew in one bite that this was the best strawberry shortcake I had ever eaten. I have eaten them with my family for years. I have also eaten them in Japan, where there’s a fetish for them. This one was handed to me through a little window in a farmstand/grocery store, served in a paper bowl, eaten on a picnic table. The shortcake was the perfect texture, with enough body and air pockets to hold the fruit’s juice without disintegrating. It was June. The strawberries were fully ripe, freshly picked, and macerated with sugar. Fresh whipped cream, from their farms, sweet without having been sweetened, was mounded on top. With every bite I took I just kept shaking my head, saying, “This is may be the most delicious thing I’ve ever had in my life.” Although there were plenty of memorable eats and formidable chefs at the Boston stop on our cross-country JBF Taste America tour, our hearts were stolen by this homespun dessert made by pastry chef and restaurateur Joanne Chang. “We wanted to feature something resolutely New England,” recalls Chang. “And what's more New England than apples in autumn?” In fact, Joanne even used the handpicked bounty from an apple-picking excursion made by her baking team. The rustic crostata was topped with a generous dollop of nutty, slightly tangy cinnamon crème fraîche and glistening candied cranberries—which the Flour Bakery + Café staff confesses to eating like candy. When you find yourself in one of the coveted seats at this reservations-required cocktail den, don’t be alarmed if your bartender reaches for a kitchen torch instead of ice tongs: it means this smoke-kissed, Sazerac-inspired beauty is coming your way. Developed by owner Derek Brown, the Ghost Dance starts with a foundation of calvados, a nod to the Sazerac’s original base spirit of brandy (rye whiskey didn’t gain favor until the late 19th century). That’s followed by a bar spoon of Fernet Branca for bitterness, then, for a richer texture, gomme syrup. The drink is served in a rocks glass that’s been inverted over smoldering star anise and bison grass for about ten minutes. “The star anise has an aroma similar to that of absinthe, and the bison grass has a complex earthy sweetness, a bit like incense,” explains head bartender Matthew Ficke. Created by bartender Ryan Lilola, who keeps a stash of coconut cream and tiki gear with him anytime he's behind the bar, this cocktail is a clever homage to an unusual tradition. “A letter of marque was essentially government-sanctioned piracy, a document that let privateers get away with acting like pirates,” he explains. “Considering that tiki was founded on escapism, this drink was a ticket for our guests to escape their daily grind and get a little rowdy." The swizzle-style cocktail’s tropical pineapple and passion fruit flavors evoke sun-swathed beach days, and the spice from the ginger, cinnamon, and Velvet Falernum lend a warm, exotic lift. You won’t find this cocktail on the menu this winter, but we’ve been assured it’ll be back next summer. A heady combination of Lazzaroni Amaretto, oloroso sherry, orange, lemon, and Angostura, this drink has been a lingering memory since I enjoyed it down in the Big Easy this past spring. In the right hands, most any spirit can shine in a swizzle, but now I think that amaretto may be traditional rum’s most threatening understudy. It’s a classic drink that’s smartly reconsidered, and a good representation of the current cocktail landscape in New Orleans. Just 17 miles from the Mexican border, San Diego is clearly fluent in tequila. At the 2013 newcomer Polite Provisions, the bar team pleases patrons while still flexing some serious mixology muscles. “I love mixing tequila in a way that most people aren't used to,” says general manager and partner Erick Castro. “I find that stone fruits work incredibly well when paired with aged spirits, so we use barrel-aged reposado tequila, apricot, a little lemon, and Angostura bitters.” The result? A smooth, complex libation for tequila fledglings and aficionados alike. A jilted John Lee Hooker comforted himself with “one bourbon, one scotch, one beer.” Those wanting a more efficient consolation should seek out this marvelous cocktail by Canon proprietor Jamie Boudreau. “It came about as John Lee Hooker's song came on the sound system. It made me realize that I hadn't heard of or seen a cocktail with bourbon, scotch and beer as ingredients, so I set about to make one. Surprisingly it became very popular.” Like a fickle paramour, the drink will be back on the menu from time to time. For now, here’s the recipe. 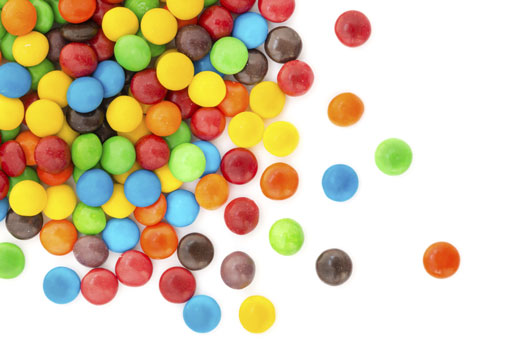