To kick off our series of interviews with featured speakers and panelists at this year's JBF Food Conference, we caught up with Food Tank co-founder Danielle Nierenberg. Food Tank is a remarkable grass roots organization that offers solutions and environmentally sustainable ways of alleviating hunger, obesity, and poverty by creating a network of connections and information for all of us to consume and share. Next month, Danielle will be sharing the stage with Harper's contributor and author Frederick Kaufman for a discussion entitled, "Global Appetites, Global Hunger."

JBF: What do you believe are the pitfalls of “appetite”?

DN: The old saying our eyes are bigger than our stomachs is unfortunately more true than ever. While the foodie revolution over the last decade or so has spurred more interest in food and where it comes from, many folks who are interested in taste have forgotten—or ignored—the issue of food waste. The U.S. wastes about 30 percent of the food we produce each year, and, unlike developing countries where food loss occurs because of poor infrastructure, lack of markets, or pests, waste in the U.S. occurs because we simply buy and cook too much and lack an understanding of expiration dates.

The solutions to limiting food waste can be very simple on the consumer end. Don’t buy more than what you can eat. Store your produce properly. Take leftovers home. Don’t throw food away that hasn’t gone bad—and trust your senses, not expiration dates, to tell you whether food has gone bad or not.

In addition, many of us don’t realize—and in some cases choose not to understand—that the people who grow, process, transport, cook, and serve our food are often underpaid, exploited, and, ironically, some of the hungriest on the planet. Recognizing the fundamental rights of food laborers and workers will be a huge step in making the food system socially and economically just for everyone.

JBF: What do you believe might be the opportunities for better understanding the complexities of appetite?

DN: One thing that I think will really make a difference is the restoration of culinary traditions and re-igniting a taste for indigenous foods. So many of us have grown up without knowing how to prepare even simple meals, whether we live in New York or Dakar. The reasons include a growing dependence on processed foods and/or imported foods, as well as the fact that many eaters in the developing world look down on traditional vegetables, fruit, and protein sources because they're considered “poor people’s food.” School gardening programs have been so successful across the world, especially in some of the poorest communities in the U.S and sub-Saharan Africa. The projects that combine growing food with learning how to process, cook, eat (!), and market foods are the most successful. My friend Edie Mukiibi of Project DISC (Developing Innovations in School Cultivation) says it best: “If a person doesn’t know how to cook or prepare food, they don’t know how to eat."

JBF: What project have you been working on that really excites you?

DN: There's no doubt that the food system is broken; there are nearly one billion people who are hungry, and roughly 1.5 billion people are obese. We've been good at filling people up, but not at nourishing them. Food Tank: The Food Think Tank is currently collaborating with the U.N. Food and Agriculture Organization around the International Year of Family Farming, which launches in 2014. There are at least 500 million family farmers around the world who are providing not only nutrition and food security to their communities, but also protecting biodiversity and creating economic and social stability. We’re putting together research pieces, videos, and campaigns around their important contributions. I love that Food Tank shares these stories and puts a human face to farming, while highlighting stories of hope and success in agriculture.

JBF: What role does hunger play in your work and research?

DN: Over the last few years, I’ve had the tremendous honor to travel to more than 35 countries in sub-Saharan Africa, Asia, and Latin America, talking to farmers and farmers’ groups, researchers and scientists, policy makers and government leaders, academics and students, youth groups and activists, and NGOs and journalists, hearing their thoughts about what’s working to help alleviate hunger, obesity, and poverty while also protecting the environment.
Most people tend to think of the developing world, and especially sub-Saharan Africa, as hopeless places with famine, extreme poverty, disease, and conflict. It’s hard not to lose hope: nearly 1 billion people are hungry; another 1.5 billion people are overweight or obese; at least 2 billion people suffer from debilitating micronutrient deficiencies; 1.3 billion tons of food are wasted each year; and farm laborers and food workers can’t afford the food that they work so hard to grow, prepare, and serve. But we also saw amazing examples of success, innovation, entrepreneurship, and incredible—and long-lasting—positive change. I learned that there is so much opportunity in the food system, from fighting climate change and empowering youth to improving gender equity and creating jobs. What I really tried to do was tell stories of what’s working in agriculture and food systems and highlight visions of hope and success.

JBF: If you could ask for just one change in our food system, what would that be?

DN: The realization that the solutions to many of our most pressing environmental and social problems—climate change, urbanization, unemployment, conflict—can be found in the food system. Agriculture, when done in the right way, can improve biodiversity, improve soil quality, heal degraded land, help improve health, and help sequester carbon. Agriculture is emerging, not as an instigator, but as a solution to many of our global problems. Around the world, farming is being used to strengthen communities by providing a means of income and livelihood, nourishing families through improved crop production and protecting the earth through agro-ecological practices. 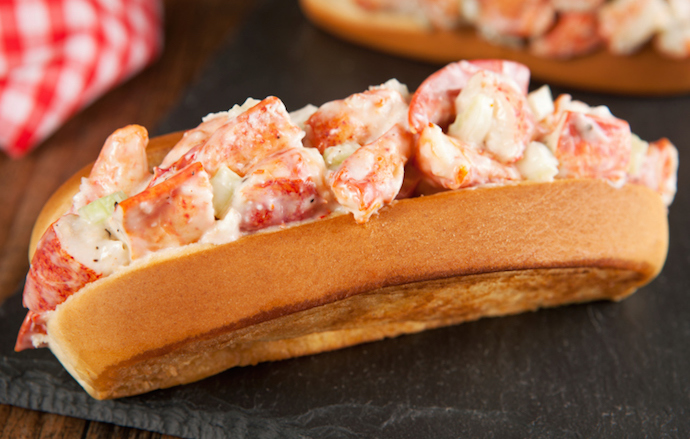