Before his days as editor-in-chief at Bon Appétit, Adam Rapoport reported to the publications department at the James Beard Foundation. Back in our 1997 Winter issue of Beard House Magazine, he detailed James Beard's glamorous style. Beard topped off his large, patterned suits with his most beloved accessory: the bow tie. Whether Beard was hitting the town or cooking in his kitchen, his appearance was always a sight to feast your eyes on. This year, a fancy pop-out paper bow tie adorned the James Beard Awards invite to honor Beard's signature style. For this week's Throwback Thursday, we're sharing some of our favorite quotes from Rapoport's article on a man who's imaginative style made just as big of an impression as his culinary vision:

"He didn't dress like anyone, period. But he did have a certain style."

"'My first time with James was, as for so many others, really quite memorable,' writes restaurant consultant Clark Wolf in Barbara's Kafka's James Beard Foundation Celebration Cookbook (Morrow). 'There I stood, in my little cheese shop at the base of Nob Hill, when, at once, the door did in fact darken. Before me, draped in a floor-to-heavens black leather trench coat, with collar flipped skyward and head gleaming, stood either a color Xerox negative of Darth Vader, or the legendary James Beard.'"

"James Beard dressed as he ate—with style. Whether sporting one of his trademark bow ties or lounging about the house in a black silk caftan, Beard was always unmistakably, well, Beard."​

"Beard's bold sense of style wasn't limited to sartorial matters; it was also evident in his cooking. 'One time Jim invited me over and he'd made, in this huge soufflé dish, the world's largest crème brûlée,' recounts Wolf. 'And then he took this huge spoon—the bowl of which must have been four inches—and just slammed it down into the caramelized sugar slick, It was just so vivid: big, simple, and gorgeous.' Not unlike Beard himself."

The 2015 James Beard Awards are just around the corner! Get all the details here. 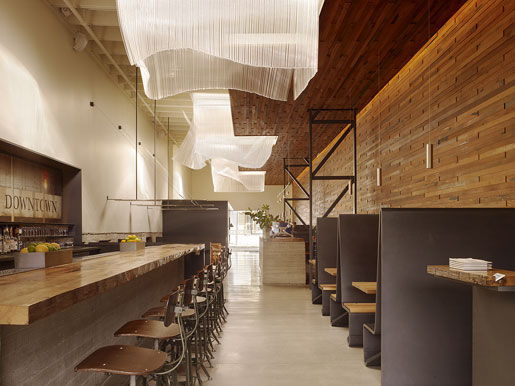