Win Two Tickets to the 25th Anniversary of Chefs & Champagne® The numbers say it all: there will be delicious food and drink aplenty at the 25th anniversary of the James Beard Foundation’s Chefs & Champagne, our annual summer tasting party and fundraiser in the Hamptons, taking place Saturday, July 25. As always, we’ll be pitching a giant tent that will house 40 acclaimed chefs on the beautiful grounds of Wölffer Estate Vineyard, who has graciously hosted this gathering for years. We admit we’re a bit biased, but we think this year’s chef lineup is hard to beat. You can see them all here. No Chefs & Champagne is complete without a guest of honor. This year we’ll be toasting Carla Hall, co-host of ABC’s The Chew and unanimously adored Top Chef contestant. Ever the entertainer, she’ll be bringing a selection of treats from her Petite Cookies collection for our guests to nibble on between bites prepared by our guest chefs.

Want to join us in the Hamptons? We’re giving away two general-public tickets to the 25th anniversary of Chefs & Champagne on Saturday, July 25. Here’s how you can enter for a chance to win:

2. Tweet the bolded text from your Twitter account: I'm tweeting for a chance to go to #JBFChefsandChampagne, featuring guest of honor @CarlaHall and 40 amazing chefs http://bit.ly/1TSrtzE (Make sure to include the hashtag!) No purchase necessary. Purchase will not improve chances of winning. Transportation and accommodations are not included. Prizes are non-transferable.

Starting at 1:00 P.M. EST on June 29, 2015, the James Beard Foundation will invite Twitter accounts that follow the official James Beard Foundation Twitter account (http://twitter.com/beardfoundation) to “tweet” the following message: "I'm tweeting for a chance to go to #JBFChefsandChampagne, featuring guest of honor @CarlaHall and 40 amazing chefs http://bit.ly/1TSrtzE". Twitter users may enter by “tweeting” the exact message via Twitter. Tweets submitted at and after 12:00 A.M. on Saturday, July 4, 2015, will not be eligible.

The winners of this sweepstakes will be notified direct message on Twitter. The individuals replying to these communications will be considered the winners. Claiming of prizes requires communication to the James Beard Foundation and must be received from the Twitter account to which the winner-notification message was sent. Failure to respond within five business days shall mean that the winner forfeits the prize. The James Beard Foundation will randomly select a new winner if the original winner fails to respond. 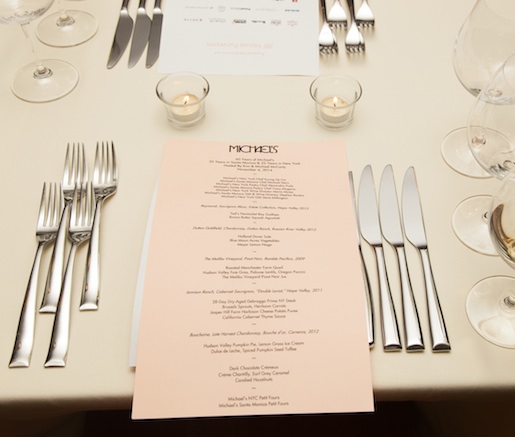