“The dumplings are the most important part of this soup, and the key is to use the thinnest wrappers you can find; once cooked, they should almost feel like a sheet of silk. The wrappers enclose a seasoned chicken meatball, which gets a slight crunch from the addition of water chestnuts. According to folklore, these dumplings are folded in a very specific way—to resemble the habits of the Dominican order of nuns from a nearby Catholic church in Molo. This soup is best with a rich, collagen-filled broth, so use homemade chicken stock made from roasted chicken bones. Finish the soup with a sprinkle of white pepper.” —JBF Award nominees Nicole Ponseca and Miguel Trinidad

Make the broth: preheat the oven to 350°F. Place the chicken bones on a rimmed baking sheet and roast, turning them occasionally with tongs, until they are nicely browned on all sides, about 1 hour. Drain off any fat that may have accumulated in the pan and reserve it for another use, such as for roasting vegetables or making fried rice. Transfer the bones to a large stockpot and add the celery stalks, onions, carrots, cilantro stems, bay leaves, peppercorns, and 5 quarts (5 L) water. Bring to a boil over high heat, then reduce to medium-low so the stock cooks at a simmer. Simmer for at least 2 hours and up to 3 hours. Strain the stock through a fine-mesh sieve, discarding the solids. Store the stock in airtight containers in the refrigerator for up to 1 week or in the freezer for up to several months.

Make the dumplings: in a large bowl, combine the ground chicken, scallions, fish sauce, water chestnuts, ginger, garlic, mushroom powder, white pepper, and salt.  Mix together with your hands until everything is incorporated.

Fill a small bowl with water and set it nearby. Take 1 teaspoon of the filling and place it in the middle of a wrapper. Arrange the wrapper point-side up, so that it is a diamond rather than a square, and fold the bottom point up over the filling, leaving 1/2 inch of space exposed along the top two sides of the diamond shape—now the wrapper should look like a triangle.  Dip your finger in the water and gently moisten the exposed wrapper along the top two edges.

Fold the two outer points of the triangle tightly up over the filling, one on top of the other. The wrapper will look like a nun’s habit or a pope’s hat—tall with a point on the top. Place the dumpling on a large plate or baking sheet. Repeat with the remaining wrappers and filling (don’t let them touch as you place them on the plate or baking sheet).

Make the soup: in a stockpot, heat the stock over high heat. Stir in the fish sauce and let the stock come to a boil. Add the dumplings, stirring gently so they don’t stick together. Let the broth come back to a boil, then reduce the heat to medium and cook at a simmer for 3 minutes, or until the dumplings rise to the top and are just cooked through. To check, remove one dumpling and cut it in half.

To serve: ladle into bowls and garnish with a dusting of white pepper and a sprinkle of scallion.

Note: The wrappers should be the extra-thin version also called “Shanghai style.” They usually come frozen in packs of 50, and you will likely need to defrost them overnight. You can use thicker ones if that’s all you can find, but the dumplings just won’t have the same delicateness.

Excerpted from I Am A Filipino by Nicole Ponseca and Miguel Trinidad (Artisan Books). Copyright © 2018. Photography by Justin Walker 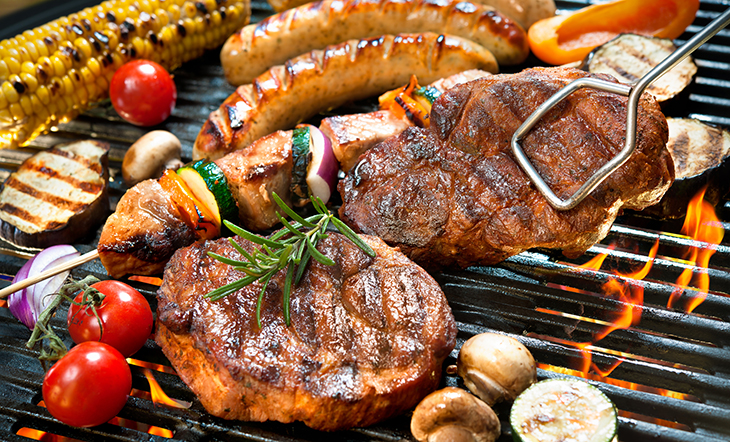