Coming of Age in the 90s As the Beard Awards turn 25, we look back at how the iconic program made its mark

Remember the food scene in 1991? Rick Bayless does. “We used to build towers in the 1990s, and they had to be deconstructed before you could eat it,” says Bayless of the era’s most iconic plating trend. “I’ll never forget the first time I went to Alfred Portale’s Gotham, and he built everything really tall.” Back in 1991—the year of the inaugural Beard Awards—there might have been edible towers but there were no gastropubs, no ramen temples, no Nordic hot spots. Restaurant-goers did not share food photos and television had not yet spawned a Food Network. Food & Wine magazine anointed some guy named Tom Colicchio “Best New Chef” and David Chang was 14 years old.

By 1991, the bacchanalia of the eighties, with its overwrought salmon mousse quenelles and rich Alfredo sauces, had transitioned into the more comfort food–oriented recession of the early nineties. Some food trends had already become punch lines: blackened redfish(“imitators blackened everything,” joked Gael Greene in New York magazine), infused oils, architecturally plated dishes. Other developments, rooted in the past two decades, were gaining traction: farm-to-table fare, healthy cuisine, Asian fusion. But it was hard to know which ingredients, which techniques, and which chefs would last, especially when the economic landscape was bleak.

Ruth Reichl was still in Los Angeles in 1991, watching the city’s vibrant restaurant scene struggle. “The eighties had been such a fantastic time for restaurants. You had this amazing growth and excitement. Spago opened, Chinois opened as the first Asian-fusion place, you had the whole excitement of California cuisine, there were restaurants like Primi, which understood that Americans liked a different kind of Italian food than what was traditional,” says Reichl. “The recession brought that all to a screeching halt.”

At the time, the James Beard Foundation was in its nascent years. Founded in large part by Peter Kump, a former student of James Beard and founder of what would become the Institute of Culinary Education, and Julia Child after Mr. Beard’s death in 1985, the Beard Foundation helped to fill a void in the food community. But there was no broader forum to celebrate the innovations that were still coming out of America’s kitchens—despite the recession—and no award beckoned the best of the best. All of that changed in 1990 when Kump

The first ceremony took place on May 16, 1991, when 1,000 people boarded the M.S. New Yorker (yes, a boat), 13 chefs catered the party, and George Plimpton emceed. “It’s the first event that got a group of chefs together to trade ideas, to experience each others’ food,” says Reichl, who was a member of the inaugural Beard Awards Committee and who covered the festivities for the Los Angeles Times. “If you look at what classic food used to be, it was chefs who never left their kitchens. And you don’t move forward that way.”

Bayless, who won the 1991 Best Chef: Midwest award for his work at Chicago’s Topolobampo, notes that “back then, even [magazine] lists were kind of suspect or just didn’t exist because so many cities didn’t have local magazines. There was nothing that focused on chefs in particular [and recognized] that chefs are stepping outside of the kitchen, that we’re starting to write cookbooks, and we’re starting to have a say about what food can be/should be. And the Beard Foundation led the way and shined the light on American chefs.”

From the get-go, the winners have been culinary rock stars and their dishes lightning rods for imitation: Wolfgang Puck, the godfather of gourmet pizza, took the first Chef of the Year award, David Bouley’s eponymous eatery won Outstanding Restaurant, Emeril Lagasse kicked his career up a notch earning Best Chef: Southeast, and newcomer Todd English was recognized as the Rising Star Chef. Nancy Silverton, who had worked at Spago and then launched La Brea Bakery and Campanile, scored Outstanding Pastry Chef in 1991.

Today it’s hard to read a top-tier chef bio without running into a Beard Award nomination or win. Regional newspapers celebrate their local talent whenever one of “their” chefs earns a nomination or semifinalist nod. But when the program first launched, of course, no one knew what winning would signify. A bump in business? Patron loyalty? A quizzical yawn? By 1992, the answer was clear: Even the New York Times referred to the Beard Awards in its coverage as “the Oscars of the food and beverage industry.”

More important, however, was a more subtle effect of the Awards’ spotlight on chefs and encouragement of camaraderie in the midst of a rapidly changing food culture. Bayless believes the mere existence of the JBF Awards “made American chefs try harder, travel more, and eat in other restaurants that were like theirs—or better than theirs—so that they could strive for that level of excellence...they really did raise the level of cuisine in the United States in a dramatic way.”

Recently, the baton has been handed to a whole new generation. “The people [getting nominated] are getting younger and younger,” observes Bayless, “because the old guys have all been through the mill.” True, but there are also more medals to win. In 1991 there were 30 awards total; in 2014 the number grew to 62 if you count the Book, Broadcast, and Journalism categories. Reflecting the enormous shift in drinking culture, beer makers and mixologists are now recognized as well. And women, who garnered only three national category nominations in 1991, now constitute a healthy (though not yet equal to men) percentage of nominees and winners.

Mirroring the growth and impact this cornerstone program has achieved, the venues for the annual fête are also diversifying. For the first time in its history, the James Beard Awards ceremony and gala will take place outside of Manhattan at Chicago’s Lyric Opera on May 4. (The Book, Broadcast & Journalism Awards will stay in New York City.) Gala attendees and chefs will have a whole new sea of restaurants to explore during the festivities—but unlike the inaugural event, there’s no boat.

The 2014 James Beard Awards are made possible by the generous support of Lavazza, Valrhona, VerTerra Dinnerware, Wisconsin Cheese, and more. See our complete list of Awards sponsors.

11 Industry Vets Look Back on the Dining Scene 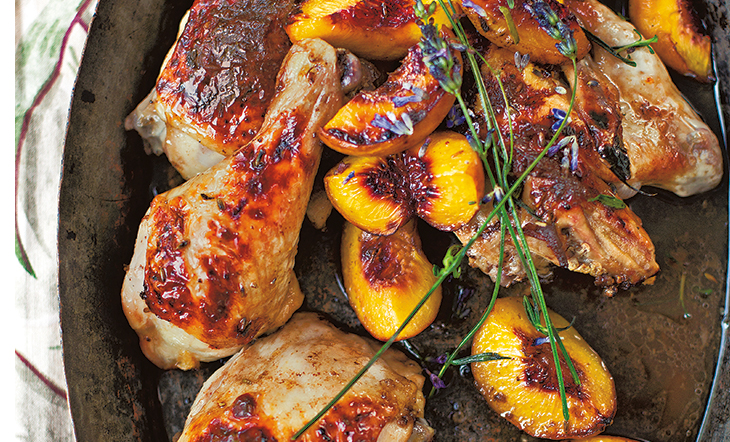