We’re officially at the height of cookbook season, with fresh releases dropping almost daily. Today brings one of the year’s most anticipated titles, Eleven Madison Park: The Cookbook (Little, Brown & Company), from the restlessly ambitious restaurant that has made an assured climb into New York City’s highest stratum of dining. The book beams with an airy and pristine design that makes the photographs of Daniel Humm’s intricate food sparkle like stained glass. Among the challenging, seasonally sorted recipes are essays by general manager Will Guidara, which chronicle the restaurant’s journey from a casual brasserie to a four-star destination and the winner of the JBF Award for Outstanding Restaurant. It also reads like a manual to Danny Meyer’s signature approach to the restaurant business, with lessons on subjects like excellence, collaboration, and reinvention. Even cooks who may not be up for tackling uni bavarois or peanut butter palette will be engrossed by this cookbook and its inspiring story.

To celebrate the release of Eleven Madison Park: The Cookbook, we’re giving away five copies that are autographed by Humm and Guidara. For a chance to win, tell us what inspires you in the kitchen. You can leave your answer in a comment below, in a tweet (use hashtag #JBF11MadPark), or on our Facebook page. We will notify the five lucky winners next week. No purchase necessary. Purchase will not improve chances of winning. Starting at 9:00 A.M EST on November 11, 2011, the James Beard Foundation will invite entries for a chance to win one of five copies of Eleven Madison Park: The Cookbook via a comment on this blog, a tweet, or a comment on the official James Beard Foundation Facebook page. Entries submitted after 12:00 A.M. on Saturday, November 12, 2011, will not be eligible.

The winners of this sweepstakes will be notified via email, direct message on Twitter, or Facebook message. The individuals replying to these communications will be considered the winners. Claiming of prizes requires communication to the James Beard Foundation within 14 days of being notified, and must be received from the email, Twitter, or Facebook account to which the winner-notification message was sent. Failure to respond shall mean that the winner forfeits the prize. The James Beard Foundation will randomly select a new winner if the original winner fails to respond.

Only one entry per blog comment, Twitter account, or Facebook account will be considered for sweepstakes entry. The prizewinner must supply the James Beard Foundation with his/her legal name, mailing address, birth date, and daytime telephone number in order to claim the prize. The winner may not request substitutions of prize winnings. The winner is solely responsible for any and all taxes and/or fees, and all such additional costs that may be incurred. 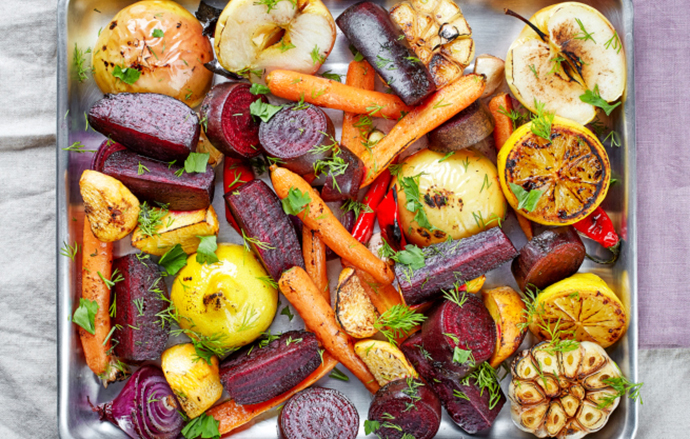