The countdown continues: the 2015 James Beard Awards are less than two weeks away! The excitement is contagious and, no surprise, it's all that we can talk about. Not all of us were fortunate enough to hop aboard the extravagant yacht where the very first Beard Awards were held 25 years ago, but for this week's TBT, we chatted with a team member lucky enough to witness the inaugural celebration back in 1991. Here are some of our manager of special projects and student programs Shelley Menaged's memorable moments from the very first JBF Awards:

"I was a student volunteer assisting JBF Award winner Emeril Lagasse in the kitchen. I was fresh out of cooking school, so I was very eager. For me, it was an amazing experience. He made a crayfish étouffée and buttery biscuits. It was my first experience doing large production and we were in the tiniest kitchen.”

“While I was baking and buttering biscuits, JBF Award winner Jacques Torres was bringing in a huge baker’s rack filled with his pastries into the walk-in. He might have tripped or something, and he lost a lot of pastries. He was a trooper though.”

"I want to say there were 250 people at the Awards, which was much smaller than it is now. There was a large butter sculpture of James Beard’s head."

Read all our 2015 Awards coverage here. 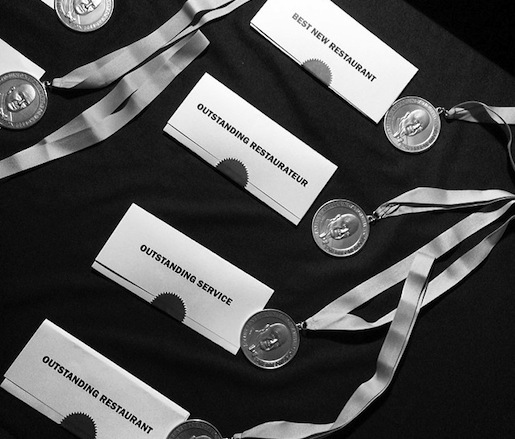