On the Menu: Week of December 8 Join the James Beard Foundation Greens (foodies under 40) when we celebrate the holidays at our annual holiday party. Don’t miss this chance to explore our muse’s home and sample culinary delights from some of the city’s most exciting chefs. A selection of fine wines from the Seeker, cocktails by Junior Merino, and beers from Stella Artois will be served to keep everyone in good spirits. A goodie bag and heaps of holiday cheer are guaranteed.

The intoxicating aroma of black truffles will perfume the air at this extravagant event. Diners will be treated to a truffle-centric feast of Bistro du Midi chef Robert Sisca’s signature modern Provençal cuisine, along with wine pairings from Provence, Corsica, Languedoc, and the Rhône Valley selected by sommelier Todd Lipman.

In 2010 four Chicago chefs, including JBF Award winner Tony Mantuano, banded together to open what would become one of the city’s most popular spots: the Purple Pig. While leading its kitchen, Jimmy Bannos Jr. has earned a Rising Star Chef nomination, as well as a Best New Restaurant nod from Bon Appétit.

As one of the revolutionary chefs who pioneered New American cuisine in the late 20th century, JBF Award winner Sanford D'Amatosolidified his status as an icon of the American culinary landscape. In his memoir, Good Stock: Life on a Low Simmer, D'Amatoshares the stories of his fabled career from his humble start to the opening of the famed Le Chantilly, along with 80 of his most cherished recipes.

Tucked away in New York’s quaint West Village lies Corkbuzz Wine Studio, a wine bar, restaurant, and class space that is a mecca for the city's oenophiles. For this Beard House dinner, master sommelier Laura Maniec and chef Phil Conlon will fête the holiday season with a luxurious evening of Champagne and elegant fare.

From Scratch Sessions: Gingerbread Decorating with the Staff of JBF

Join the James Beard Foundation Greens (foodies under 40) and Stonehenge Partners for the next workshop in our series, the From Scratch Sessions.

Why should kids have all the fun? Channel your inner child and get a little messy as we celebrate the holidays. Guests will get to assemble, decorate, and take home their own gingerbread houses. Fine wines, Stella Artois beers, and savory treats from Grandaisy Bakery will also be served.

Hudson Valley in the Big Apple

“A Jolt of Electricity Courses Through the Kitchen,” read the headline of Pete Wells’s rave two-star New York Times review of Uncle Boons last summer. Husband-and-wife co-chefs Matt Danzer and Ann Redding are Per Se alums, and their attention to detail and bold yet nuanced sensibility shines through in their vivid Thai cuisine. 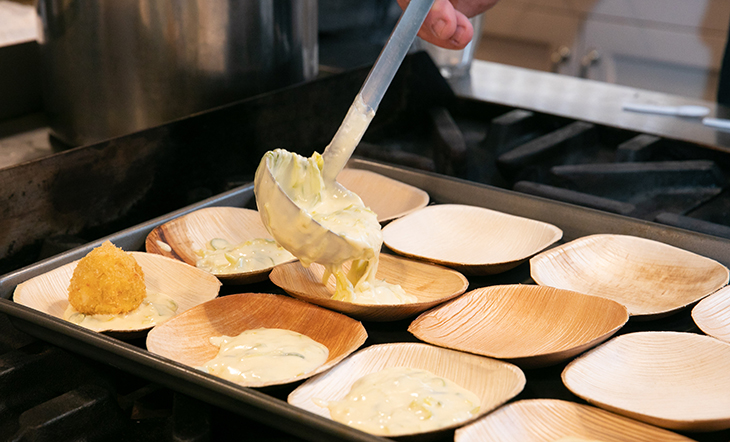