Kick your salmon recipe up a notch with this delicate rhubarb–ginger tea and spicy, crunchy candied almonds.

Make the rhubarb juice: in a small pot, add the rhubarb pieces and cover with the measured amount of water. Bring up to a boil over medium-high heat, reduce to a simmer, and let cook for 15 minutes. Remove from heat and strain through a fine mesh sieve, reserving the liquid. Allow the juice to separate by letting the liquid stand for 15 minutes. Decant the clear liquid, leaving the sludge behind. Store refrigerated.

Make the ginger–rhubarb tea: in a small saucepan, add the water, turbinado sugar, and ginger and stir to combine. Cook over high heat and let the tea come to a simmer. Reduce the heat to medium and let the liquid reduce to about half of its original volume; this should take 25 minutes. Add the rhubarb juice and bring to a light simmer, about 5 minutes. Strain the tea. Add the lime juice and chiles to the strained tea. Add salt to taste and let cool.

Make the salmon: preheat the oven to 350°F. In a small saucepan over low heat, combine the grated ginger and soy sauce and bring to a simmer, about 3 minutes. Remove the pan from the heat and stir in the honey and mustard. Set aside.

To serve: in a large nonstick ovenproof skillet set over medium-high heat, add the grapeseed oil. Season the salmon with salt and pepper and add the fish to the skillet skin side up. Cook the salmon over high heat until golden and crusty, about 2 to 3 minutes.

Flip the salmon and brush the top and sides with the soy sauce mixture. Transfer the skillet to the preheated oven and roast the salmon for 5 minutes, or until cooked through.

On 4 plates, pour ¼ cup of the ginger-rhubarb tea onto each plate. Using a slotted spatula, transfer one salmon fillet to each plate, garnish with the cilantro and almonds, and serve. 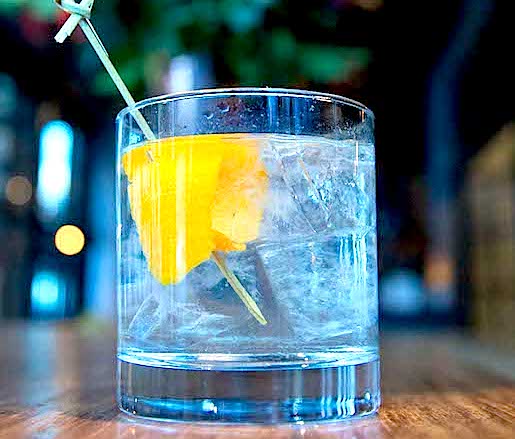 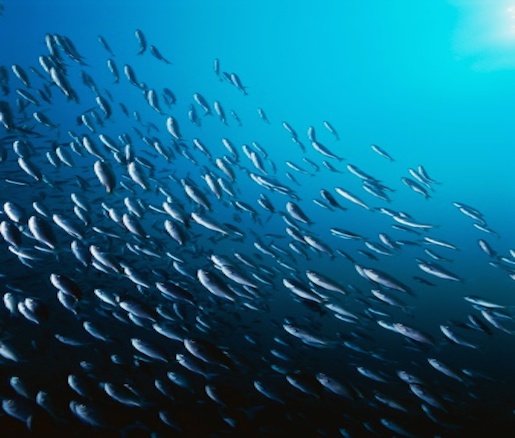